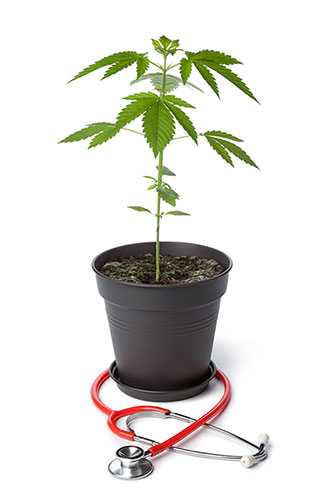 For decades, healers, shamans, alternative practitioner and the like, have been prescribing cannabis to their patrons due to the well-known healing and restorative benefits. It hasn’t been until recent years that it has become more accepted in the mainstream medical fields today.

Now that more states are legalizing medical cannabis for the abundant amount of research that show its curative benefits, more information is available to the public. From helping people deal with the opioid crisis to its natural pain-relieving benefits there is no doubt that cannabis should play a role in today’s medical world.

Alzheimer’s disease has affected billions of people. Not only does it hurt the ones that suffer directly, but it is painful to watch, friends and family slowly decline from this neurodegenerative disease. This serious brain disease starts as dementia then slowly develops into more major symptoms such as cognitive malfunction and loss of memory.

A recent study published by Journal of Alzheimer’s Disease stated that THC in small doses, will slow the production of beta-amyloid proteins. These proteins are believed to be the main contributor to the progression of the disease as they reduce cognitive function. These scientists believe that the cannabinoid-based medications will be the new medication of the future

This might seem a bit contradictory, as anyone that has taken a big pull and coughed so hard it feels as though you just bruised your lung can tell you. Smoking definitely has some negative impact on your lungs. However, a study in the New England Journal of Medicine, can attest that it is true, marijuana can potentially help alleviate some symptoms for those suffering from Asthma.

Asthma occurs when the airways in your chest become narrow or inflamed. THC is a proven anti-inflammatory substance, and these properties can help dilate inflamed respiratory passages.

ADHD is everywhere these days. Finding someone who doesn’t know what it is or has never heard of it would be challenging to say the least. ADHD main symptom is distraction and is believed to be caused by a dopamine dysfunction. Dopamine is a neurotransmitter and affects the thought processes, such as attention and memory. When too much or too little dopamine is delivered to the brain you become overwhelmed with information that your sensory inputs can’t handle.

Cannabis has always been known for its affect on dopamine. As more research has been directed at the endocannabinoid system they have discovered not only does marijuana increase the dopamine going to your brain but that it also helps regulate the dopamine system. Therefore, has potential to work as an ADHD treatment.

The schizophrenia and marijuana topic is extremely controversial. Some believe that smoking cannabis can lead to schizophrenic episodes that eventually lead to the disease. Others believe that people with schizophrenia can ultimately get worse by smoking marijuana. Whether either one of these statements could be true is yet to be proven.

These statements are mainly based off the HTC components in cannabis, not the CBD component. The CBD is the substance that has been known to help the symptoms of schizophrenia.

In 2012 a study published by Translation Psychiatry found that Cannabinoid CBD was able to help with working memory, restore recognition, and help with social behaviors. These symptoms are predominant in many schizophrenic patients. One of the benefits to using CBD verses the existing medication is that CBD does not increase your food intake or alter your body weight.

If the munchies have ever helped you devour an entire box of Oreos and still be hungry for more, you would know why being a cure for Diabetes is stranger than being the cause.

Type 2 diabetes is a metabolic disorder that is characterized by high blood sugar that is otherwise known as hyperglycemia. This then generates a lack of insulin or insulin resistance. In a 2005 study by the American Alliance for Medical Cannabis stated that marijuana can help with lowering blood pressure over time, stabilizing blood sugar levels, improving circulation, reducing neuropathic pain, lowering arterial inflammation, and more.

Later, a study done by The American Journal of Medicine found that 16% of the active marijuana users in the study had a reduction in insulin levels and 17% had a drop-in insulin resistance and beta-cell function. Therefore, this indicates that marijuana could help in controlling blood sugar.

Marijuana has played a huge roll in medicine today. Its pain-relieving qualities have helped billions of people manage their pain as they go through some of the worst times in their lives. The benefits don’t simply stop at pain relief, it can also help with the emotional and psychological aspects of these diseases.

More avenues open up every day, giving doctors and patients more opportunities to discover how marijuana can help relieve their pain. If its not pain that is the main problem it can also help with other symptoms such as nausea, poor appetite, seizures or muscle spasms. Any one of these issues can cause your quality of life to decrease, and isn’t that what we all want in life is a better of quality life?

At 710pipes we emphasize with any health issues you might be experiencing. We are here to help you find the best piece that allows you to work through any of lives difficulties. Whether its health related or not, we can help you find the perfect piece for you.