Cannabis culture has come such a long way since the sixties. So much so that modern pot smokers speak more like wine snobs than the seedy stereotypes portrayed in movies and TV. In-store dispensary discussions often revolve just as much around the flavor profile of Cannabis products as the effects. As a result, the glass pipe industry has come up with countless innovations to improve the quality of flavor you get from your herb – often times even borrowing designs from laboratory science. After a few decades of this growing demand we now have a sweeping array of clever pipe designs, and an exhibition to your local head shop is likely to blow your mind. We’ll take a look at some of these new innovations – and a few pro tips- to make your smoking experience delicious as possible.

Chillums… Not So Chilly After All 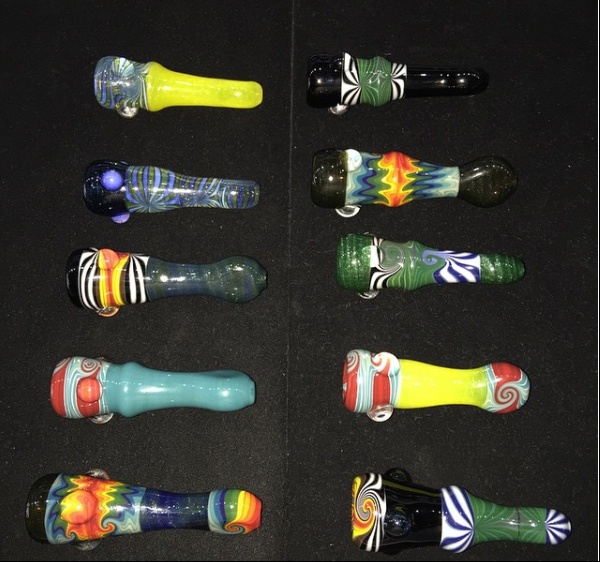 Chillums are the simplest form of pipe. The oldest design is just a conical clay tube that was filled with herb- still a preference for many traditional Rastas. No one will contest that this is a potent and flavorful way to smoke, but anyone that knows their salt will tell you it’s by far the hottest. Why does that matter? Cannabis combusts between 500 and 700 degrees, and that can actually burn holes in your throat. As extreme as that sounds, some people love it- the burn actually creates a direct passage to the bloodstream and allows a quicker onset. It’s the same reason people say “You gotta cough to get off.” Gross? Maybe, but nowadays there are way cooler options.

An Elegant Weapon of a More Civilized Age…”

Glass Blunts and Paperless Cigarettes are the modern incarnation of the chillum. It’s a little hard to describe, but I’ll make an effort: they consist of a tube within a tube (the tesseract of pipes), connected by a rubber washer or shrink wrapped in such a way as to allow the smaller tube to slide freely within the larger. So you pack the larger tube and use the smaller as a mouthpiece. Confused, yet? Anyways, the result is a tube of herb you can smoke like a cigarette, pushing the tubes together to expel the ash. The glass keeps the herb from burning unless you want it to, giving you a similar experience to a cigarette without all that wasted smoke constantly running off. Just buy one, you’ll like it.

Why A Nice Grinder Is Boss 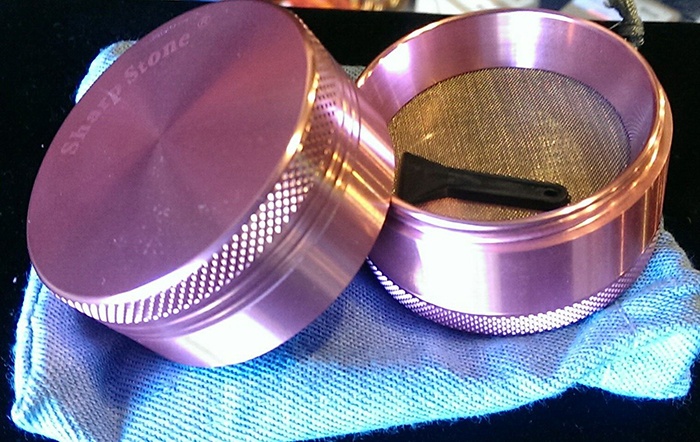 I’ve heard too many arguments in my short life about whether or not grinders should be used. I’m convinced at this point the debate goes on mostly because of the tragically large number of tragically crappy grinders that are on the market.

That’s all in the past. Name brands that have come out in recent years have gone to the extent of employing former NASA engineers to design weed grinders – I wish I was joking, you’d think they’d have something better to do – but who am I to say. Jah works in mysterious ways.

There is something to say for pulling your weed apart by hand. Mostly that you can avoid disturbing a lot of the trichromes – the resin crystals that contain most of the active ingredients and flavors. Grinding can diminish the flavor and even quality of this material – but so can pulling it apart or stuffing big chunks into your pipe. The lack of surface area those situations create demands a longer burn time from your lighter, which can cause a build-up of butane by-products in your pipe and smoke. That’s why I only use Puretane Brand Butane in my refillable lighters (and for concentrate extraction). It’s 99.9998% pure. I digress.

The up sides to a nice grinder are many so I’ll try to be brief. As I previously mentioned, surface area is a big thing. Ground herb has multiple times the surface area. This allows for a denser, more potent smoke at a hotter burn temperature that better accommodates full combustion. This denser smoke can be much more flavorful than its un-ground counterpart, too.

Kief catchers are another popular feature that make grinders so fun and versatile. A mesh screen that the ground herb falls onto separates the trichromes, or kief, to the bottom. The collection of potent trichromes can then be smashed into a type of hash or added to pipes and cigarettes later for a more intense effect.

Maximum flavor can arguably be achieved with a combination of unground herb at the base of your pipe topped with ground herb. The ground herb dries and vaporizes the unground herb, pulling out flavors hard to achieve without the symbiosis.

One of the most recent and interesting advancements in pot smoking technology is the application of Activated Carbon. It’s basically just charcoal, but is alleged to hold something called a negative Ionic charge. This is the same technology used in filtering air and alcohol. The science is a little much but the carbon acts as a magnet on a molecular scale to grab ash out of the smoke and leave you with an unbelievably clean and unimaginably tasty experience. Smoke filtered with this method tastes and feels like a vaporizer, but gives you the full range of combusted materials – some of which vaporizers leave out.

Way More Out There

The technology involved in Cannabis consumption is getting more fascinating every year. Vaporizers are getting better and more portable all the time and even bong designs today tend to be so complex that they can be unrecognizable to seasoned smokers. With all this variety, the modern Head Shop is a true Candyland of functional fascinations to discover. Fulfill your wildest pipe dreams and come explore 710 Pipes today!