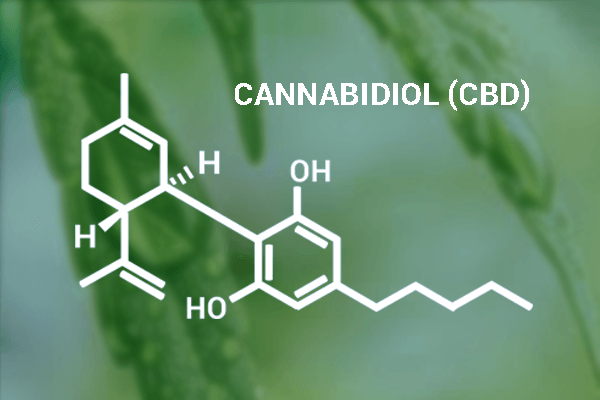 Legislators have recently started to try and regulate this awesome compound – but what is it exactly? CBD is short for Cannabidiol, one of about 80 naturally occurring molecular compounds exclusive to Hemp and Cannabis plants. It is non-psychotropic, meaning it doesn’t produce any of the intoxicating effects usually associated with Cannabis. It does, however, help treat a tremendous range of medical conditions from inflammation to Multiple Sclerosis, Epilepsy and PTSD. In recent years CBD has become a fascination of medical studies and legislators alike – but individuals struggling with a myriad of health problems are the ones who bear the burden of floundering legal policies. Craziest of all: for the first time, it seems, the government has patented a plant.

So What’s the Big Deal?

Johnson & Johnson spent $8.2 billion dollars in 2013 alone on research and development of new drugs (and over twice that – $17.5 billion in marketing). But even with immense resources at their disposal, modern pharmaceutical companies still fail to find treatments for many lifelong and debilitating diseases. CBD has been shown to treat the symptoms of some of these diseases, easing the daily suffering of countless lives. The conditions that are eased by this incredible compound are so numerous – about 50 different ailments according to ProjectCBD, that cites PubMed research – that I hesitate to even include a shortened list:

The Rise Of Recent Reefer Madness

Cannabis legalization, itself, started to take off drastically after parents with epileptic children made headlines for risking imprisonment (and custody) by driving across state lines to procure the natural, non-intoxicating medicine. For this reason alone CBD became largely responsible for exciting the attention of American lawmakers(and the population in general) to the amazing healing capacity of Cannabis and Hemp. CBD-rich Cannabis and Hemp oils offered these children a glimpse of normality often thought lost with the diagnosis. In severe enough cases, kids who couldn’t stop seizing for long enough to talk or swallow normal food were allotted these type of luxuries for the first time in their lives. So what does the government do after years of a continuously burgeoning demand for the product in the midst of an ever-growing culture of acceptance for the plant?

They classify Cannabis and all its derivatives as Schedule 1 drugs: having no medical value and a high risk of abuse.

Cannabis (or Hemp) would be a schedule one drug. Here is the exact wording:

“Meaning an extract containing one or more cannabinoids that have been derived from any plant of the genus Cannabis, other than the separated resin (whether crude or purified) obtained from the plant.” Extracts of marihuana will continue to be treated as Schedule I controlled substances.”

There are a number of problems at face value. First is the way the DEA announced this new policy. With a memo. Normally, and by “normally” I mean by Federal standards, whenever a new drug is classified as a controlled substance it must go through a rigorous analysis process. This obviously didn’t happen before the memo: the DEA simply expanded the definition of a pre-existing law that has been proven not only out of date but simply wrong. How can I say this with such confidence? Schedule 1 classification means the drug has no medical value – a notion simply proven false in recent years.

Secondly, the DEAs new proposition makes a sweeping move to classify all compounds inherent to plant illegal – that means about eighty different chemicals, some of which are already on the market in legally-produced pharmaceutical forms. Not surprisingly, there seems to be an obvious motive in this recent ambiguous discrimination.

The projected growth for this industry – Cannabanoid-based pharmaceuticals – is staggering. The annual projection for these new Cannabis-based drugs is two billion dollars by 2020 and fifty billion by 2029, less than a decade later. That’s a big chuck of cash to be made selling pharmaceuticals with “no medicinal value”. Go figure. It’s starting to make sense that somebody needs to control this plant. Here’s a quote from the US patent office:

“A plant patent is granted by the United States government to an inventor (or the inventor’s heirs or assigns) who has invented or discovered and asexually reproduced a distinct and new variety of plant, other than a tuber propagated plant or a plant found in an uncultivated state.”

That means that short of genetically-engineered plants, already a popular nuisance in agricultural circles, companies have a very hard time profiting off of Cannabis. How can poor, massive pharmaceutical companies profit off of a plant that they can’t patent? They’d have to compete on the same market as mom-and-pop stores and your neighbor that’s been growing pot since the Nixon administration. So Big Pharma lobbied to make these laws in order, so they could hold the only prominent marketing position in the industry.

If all these profits weren’t at the incredible expense of sick children (and everyone else) then maybe it wouldn’t be so upsetting. I urge anyone interested to check out some of the mainstream news videos that cover this topic and try to stay informed on the current progress. To Our Health!