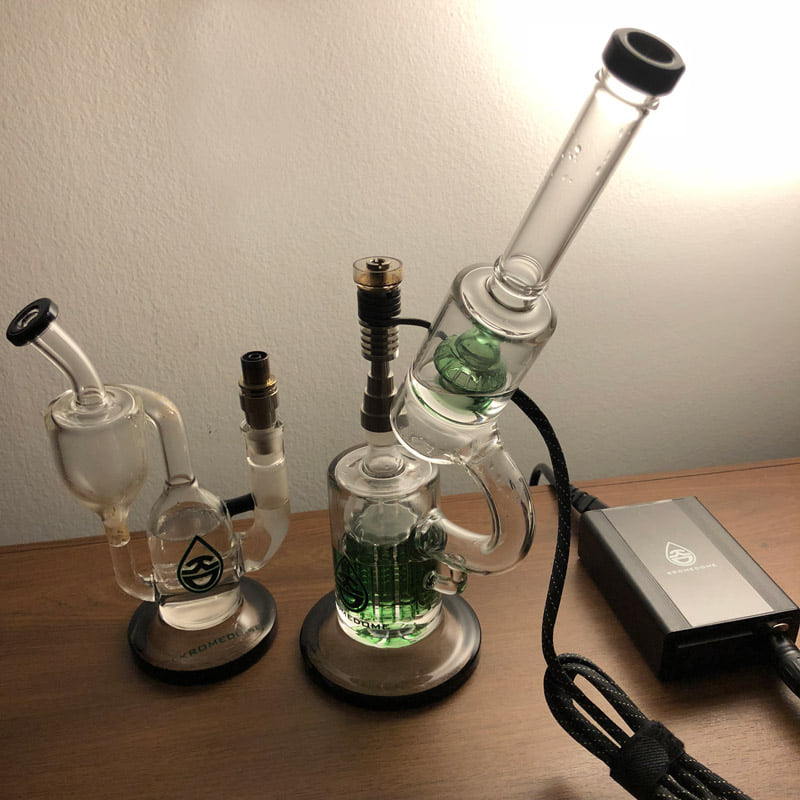 The continuing boom of Cannabis’s popularity and acceptance has bred a number of revolutions in the surrounding marketplace. One novel invention that was born in the midst of this fervor is the Electronic Nail, or E-Nail for short. This device comes in a number of incarnations, but all have a singular goal in mind: the perfection of vaporizing Cannabis concentrates at precision temperatures.

Electronic Nails come in a variety of packages but by far the most popular are attachments for a pre-existing water pipes that usually come with a few major components: an AC adapter that plugs into your wall outlet with a variable resistor and a display of some sort, usually a digital readout that shows you the exact temperature of a metal coil attached by a lengthy, insulated wire. The coil is wrapped around a glass, ceramic or titanium pipe attachment, or banger, and heated at the exact temperature of your choosing.

The benefits of these devices are multiflorous. Most notably may be the taste, although we’ll get to my favorite aspect in a moment. E-nails are, in my opinion and that of countless dab enthusiasts, by far the most effective way to get the very best flavor from your concentrates. They seemingly multiply flavor by allowing you to choose precisely what temperature you want to vaporize your concentrates at. The flavor compounds in your dabs are called terpenes and they are very volatile – that means they get destroyed at even very low temperatures. This is why many reefer shops keep concentrates and even herb in the fridge to combat fluctuating environmental temperatures. 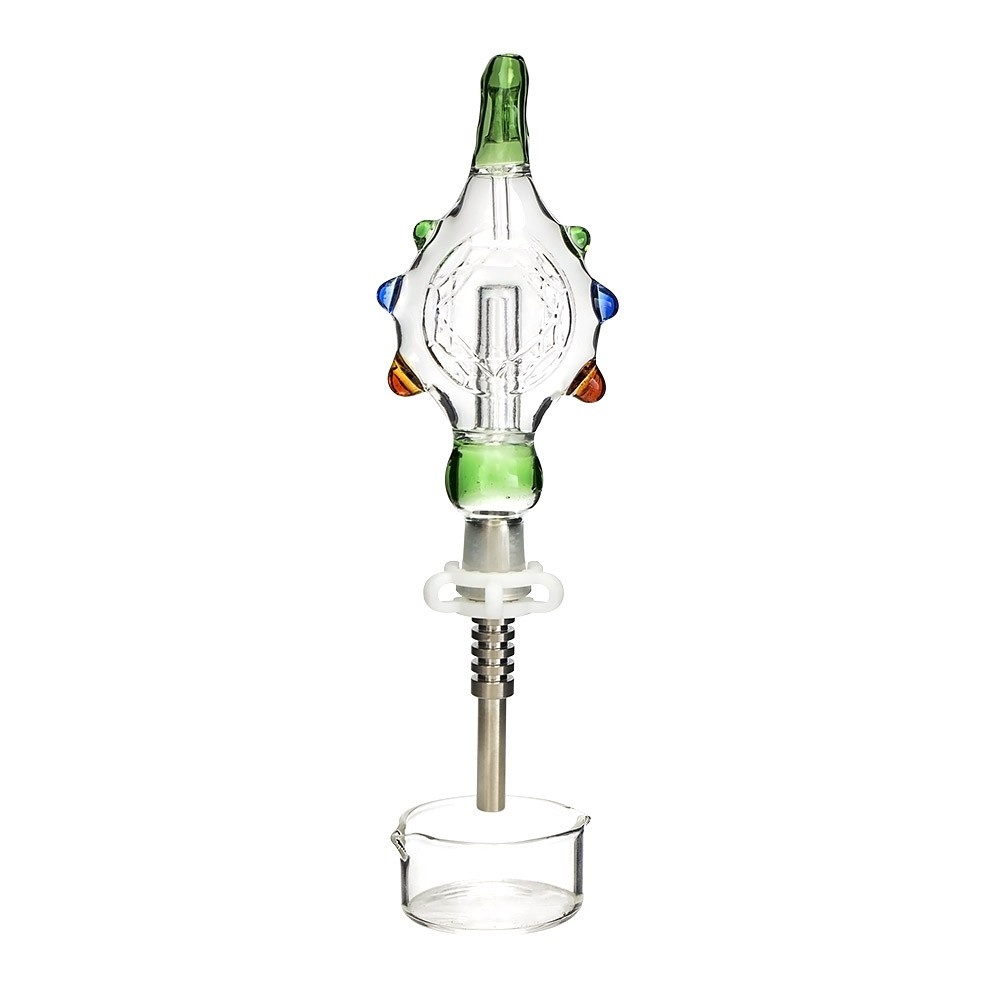 Although the amazing flavors that accompany these devices have justifiably given them their popularity, the most impressive aspect of these things to me is how very a little amount of concentrates can turn into mind-blowingly large clouds of dense, potent vapor. Mmmmm.

Before I bought my own (several) e-nails I was privy to using a device called a dab straw, or Nectar Collector (name brand but usually great quality). These things are a lot of fun but one of the least conservative methods for vaporizing dabs. When straws were my go-to, I was used to going through around a gram of shatter a day! That’s a good bit, especially if you don’t have the most affordable place to purchase it. Buying an E-Nail revolutionized my finances – after acclimating to it, I found myself similarly medicated on less than half of what I was previously using! The reasons behind this vast difference are several but basically, it’s easy with lesser devices to burn your concentrates entirely before they even get through the pipe! My first several grams of dabs I (tried to) smoke literally didn’t do anything for me because I was heating my nail so hot that it entirely destroyed the oil before I could even suck it through my bubbler!

That’s a problem you can avoid altogether with this technology. Many users set their E-nail to such a low temperature that they avoid combustion altogether unless the proper temperature is provoked by carb capping. This method allows for concentrates to sit inside of the heated apparatus for hours, on constant standby for medicating throughout the day at a moments notice. 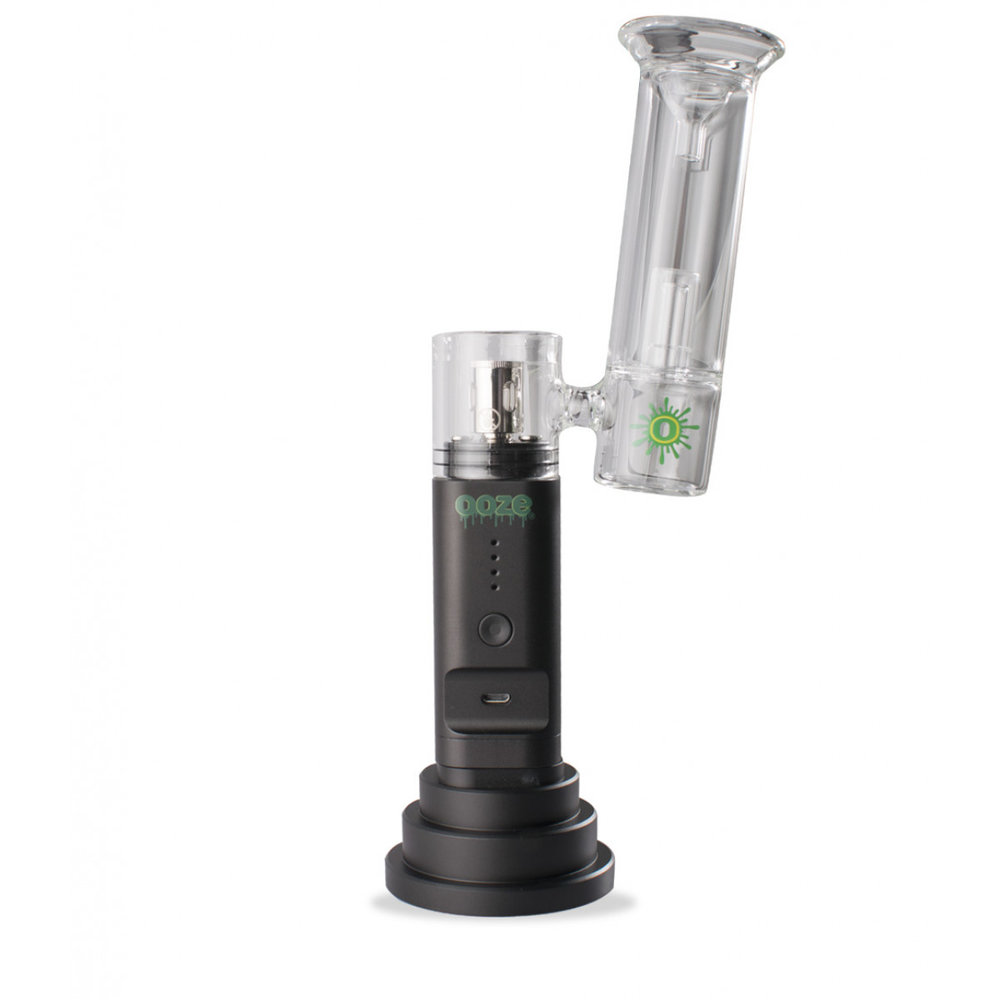 Portable varieties are now available from a number of brands. You just have to see one. Self-contained units are the norm, though some brands have developed attachments for pre-existing “mod” batteries (commonly used with E-cigarettes) with impressive results. These portable devices typically work with all the same components and methods as their larger counterparts. Most come with a variable-temperature battery that heats a small cup just large enough for a dab of concentrate and use a carb cap to reach a combustible temperature. Most of these portable units employ one very clever design for a “spill-proof bubbler” – a tiny bong that rests atop the device that filters the hit and drastically cools the temperature before it enters your lungs. What can I say other than I’ve bought a few, never out of disappointment but only because the technology keeps getting more impressive. 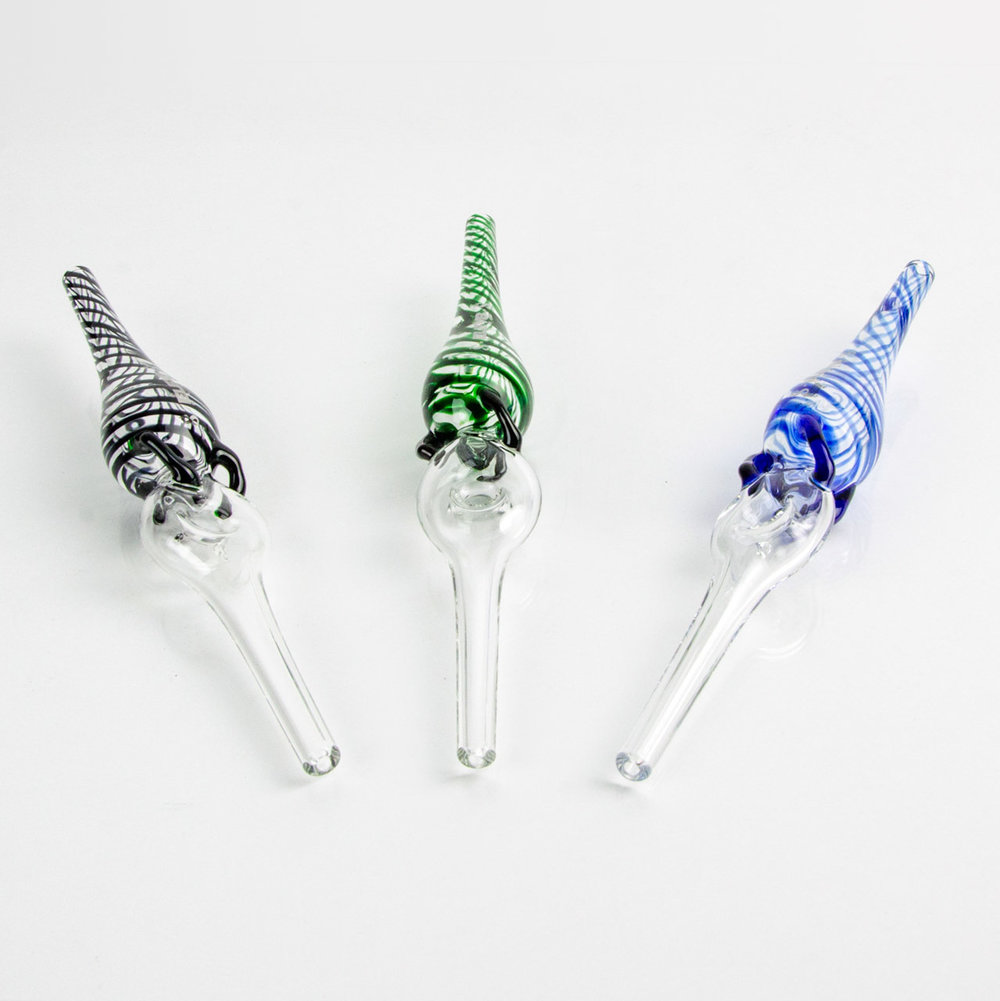 Another variation actually uses the came coil idea as the wall models to heat a dab straw. They are super entertaining, but perhaps not as efficient as any of the former models mentioned. Straws do not have the option of carb capping, a method that practically ensures a minimum of wasted material – but they are tons of fun and potentially much smaller than anything comparable. I used to wear mine on a lanyard around my neck, quite comfortably. Check out my other article in the 710 Blog called “Finding The Right Dabbing Temperature And Getting The Best Banger For Your Buck” for tips on how to, umm… find the right dabbing temperature with a variable voltage battery or E-Nail. Have Fun!

Find the perfect E-Nail or Dab Rig for you at any of our 710pipes locations.