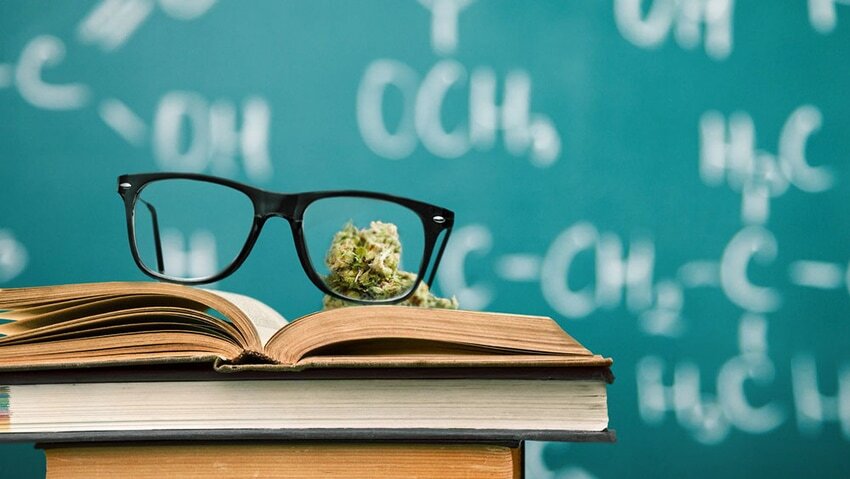 Today’s cannabis industry amasses almost fourteen billion dollars in annual earnings. Employers in the field have noted that there’s no shortage of applicants interested in working for the booming market. However, qualified applicants are harder to come by.

Jamie Warm co-founded Henry’s Original, a distributer and cultivator of marijuana products in Mendocino County, California. Warm explained that liquor and fashion industry regulars tend to have the strongest backgrounds of relevant experience to bring to the booming new cannabis market.

Marijuana’s legal market was valued at $13.8 billion in yearly revenue as of 2018 data. By 2025, profits are expected to skyrocket by a staggering 480% to $66.3 billion annually. With such immense potential for revenue growth, and steadily decreasing legal limitations across the United States, the cannabis market shows no signs of slowing. Therefore, there’s increasing demand for educated, qualified individuals to meet the increasing demands placed by the American public.

The Everyman Asked – And Giants Answered

Still, even without the approval of federal legalization, respected Universities in the United States have answered to the demand for educated cannabis-industry professionals. Denver’s own University of Denver – just down the block from our head shop – launched a “Business of Marijuana” course in March of 2017. D.U. also features programs on cannabis law and a journalism class on marijuana in the media. Paul Seaborn, an assistant professor of management at Denver University, spoke to the program’s focus. “We will really be tapping into all of those sources to try to get a clear picture of what’s similar and what’s different in this industry compared to other industries,” explained Seaborne. “Whether it’s alcohol or tobacco, even automotive or biotech. Lots of comparing and contrasting to see what makes it unique and what are the common issues these industries have experienced in these early stages.”

Cornell University – located in Ithica, New York – is also among the first campuses nationwide to offer a course on marijuana. “Cannabis: Biology, Society and Industry” explores a broad range of subjects as they pertain to cannabis, including the surrounding culture, horticulture, medicinal applications, history and legal issues affecting the burgeoning marijuana market.

While Cornell’s forging ahead by welcoming cannabis curriculum to their hallowed halls of academia, they’re far from alone in their controversial course offering. The University of Maryland School of Pharmacy made history last June with their announcement of an upcoming master’s degree program in medical cannabis science and therapeutics. The two-year degree program’s first enrollees started classes in August.

Not All Smoke and Mirrors

Northern Michigan University has also staked their claim to the up-and-coming field with the first four-year Undergraduate degree program in the United State to focus on marijuana – called “Medicinal Plant Chemistry.” One of its first enrolled students, Alex Roth, spoke to the feedback from peers who laughed off the program’s potential in an interview with The Washington Post. “When my friends hear what my major is, there are a lot of people who laugh and say ‘wow…you’re going to get a degree growing marijuana.'” Roth emphasized that while the subject matter may seem too good to be true, “it’s not an easy degree at all.” NMU’s Medicinal Plant Medicine degree’s long list of required credits spanned a diverse and demanding range of subjects, including (but not limited to) organic chemistry, physiology, botany, financial management, accounting, and geography.

Roth’s interest in cannabis as a discipline was first sparked by a family friend’s testimony of medicinal CBD. Their two-year-old daughter was born with a rare genetic mutation, which caused a litany of challenging symptoms – many of which were said to be drastically alleviated with the use of cannabidiol, a derivative of the cannabis plant. Benjamin Ritter, Roth’s roommate and fellow Medicinal Plant Chemistry major, spoke to his mother’s improved suffering since beginning a regiment of cannabidiol to aid chronic symptoms caused by multiple sclerosis. He hopes to help eliminate stigmas surrounding the plant’s use, and above all, to help future patients find relief in the same way his mother has.

Breaking down inaccurate stigmas and taboos surrounding cannabis will be essential to the continued expansion of curriculum in accredited higher education settings. The welcoming of cannabis culture by the Ivies and beyond is yet another tremendous step forward. Our hemp-loving forefathers and the earliest eras of smoke shop enthusiasts would undoubtedly be blown away by the very concept of respected institutions offering cannabis-related coursework. The controversial coupling of cannabis with rigorous academic programs speaks to the ability of the everyday public to shape institutions of higher learning and the world we’ll inhabit tomorrow. The cannabis industry has seen incredible strides in the past decade alone – it’s hard to fathom what the next ten years will bring.

In the meantime, our pipe shop will be here, doing our part for devoted students looking to expand their outside study hours. Our hemp-based wearable backpacks, hat pins, and prominent selection of papers sound like just what you’ll need to succeed. In fact, D.U. students get 10% off storewide with valid student I.D.!