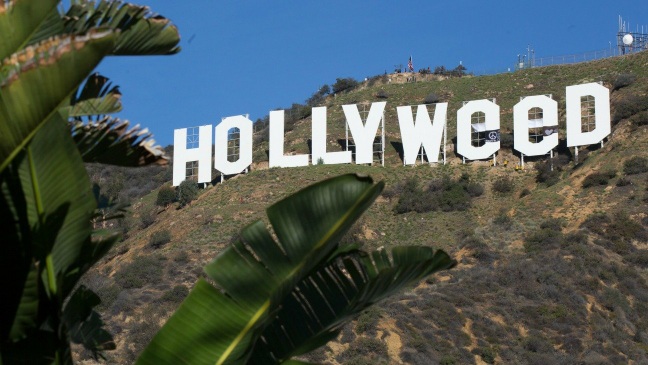 Some politicians and conservative public figures have spoken out against the rise of cannabis legalization efforts in states across America. While these vocal opponents have made waves in news media, they seem to be the exception in their resistance and not the norm. Recent polls by the NORC at the University of Chicago have shown that 61% percent of Americans are supportive of legalizing cannabis and its derivatives. That’s the highest approval rating since their annual data collection began in 1973. More and more public figures have come forward to support the legislative movement – and to make an easy buck while doing so. Celebrities have overwhelmingly found commercial success in their marijuana-based marketing enterprises – showing that being publicly pro-cannabis can boost one’s social profile. Better yet for weed lovers, for every star who puts out products of their own, the product range at your nearest head shop continues to rise. Here’s a look at five celebrities that are currently capitalizing on cannabis culture.

Much to the surprise of absolutely no one, Snoop Dogg has passed around a water pipe or two in his day. As a rapper and musician of worldwide notoriety, Snoop has released dozens of tracks with California’s Death Row Records, with many produced in partnership with fellow famed rapper Dr. Dre. Snoop Dogg officially converted to the Rastafari religion in 2012, dubbing himself “Snoop Lion” and detailing the experience at length in a film and album, both titled “Reincarnated.”

In 2015, Snoop broadened his love of marijuana from the realm of pleasure to the business world with the co-founding of “Leafs by Snoop.” His brand specializes in the production and sale of marijuana edibles and flower. The social media profile for “Leafs By Snoop” aesthetically embraces the chill, California state of mind and easygoing, surfside lifestyle. Snoop took pride in his status as an early innovator of highly sought smoke shop selections. In Snoop’s words, “Leafs By Snoop is truly the first mainstream cannabis brand in the world and proud to be a pioneer.”

Professional heavy-weight champion and professional Mike Tyson gained international fame from his prolific two-decade career, spanning from 1985 to 2005. Whether or not you’re a boxing fan, Tyson’s well-inked face is still instantly recognizable across the globe. Tyson even founded the Mike Tyson Academy – a gym for others to get into shape through boxing.

While most know of Tyson’s legacy, less are aware that his heavy hitting extends beyond the ring – to his vocal support and use of cannabis, both personally and professionally. Tyson began construction on Tyson’s Ranch in the final days of 2017. Tyson’s Ranch is a cannabis resort with loads of luxury features – most notably an amphitheater, edibles factory, and high-end campground. Campers there can unwind in style, vaping and smoking beneath – and beside – the stars. The resort-style establishment is located on 40 acres of California property, just 60 miles from Death Valley National Park.

Errick Lynne Williams Jr. – best known as Ricky Williams – is a former American football player. His career included 12 seasons playing professionally for the NFL. However, his status as a beloved athletic icon was tainted by the news that he enjoyed reefer in his off-time. After word got out about his favorite vice, the fallout was steep – Williams lost an estimated $10 million in salary and prospective endorsements.

However, the winds of social change are carrying a hint of pot smoke. With the public’s rates of cannabis acceptance higher than ever before, Williams is seeking financial gain from the same pastime that once cost him millions. In March of last year, Real Wellness by Ricky Williams took hold. RW is a line of herbal-based wellness products. These include salves and oils with CBD and a variety of healing scents, including lavender, camphor and arnica. Williams’ wellness company strives to promote physical, mental, and emotional health and flexibility.

In 2001, Selena Mooney – who prefers the name “Missy Suicide” founded her own online community. The site boasts premium content for its members, including pin-up photography sets, personal profiles and videos of models who have dubbed themselves the Suicide Girls. Along with visual content, Suicide Girls has launched a line of commercial offerings – including pins, books, magazines and emblematic clothing. They’re now cashing in on the cannabis cash crop, too, by marketing a line of vape pen cartridges. Each cartridge is named specifically for the effects they’re designed to induce in users – Chill, Hustle, and Zero. While “Chill” speaks for itself, “Hustle” aims to evoke energy and motivation, while “Zero” keeps the munchies at bay. Vaporizer lovers can celebrate this visionary idea, and head to their nearest vape shop for innovative offerings like this.

Last but certainly not least surprising – a recent source of marijuana-inspired innovation is matriarchal legend Martha Stewart. As a beloved lifestyle authority and culinary connoisseur, Stewart teamed up with Canopy Growth last February to release a line of CBD and hemp-derived products for animals. With clinical trials examining the products’ effectiveness, the company spoke highly of Martha and her endorsement, hoping to gain from her experience while hashing out the finer points of CBD and its health effects.

710Pipes carries all of the products you need, like JUULs and other vaporizers, water pipes, accessories and so much more! Stop by our Northglenn head shop between 8AM-10PM, seven days a week. We have two Denver pipe shops open daily from 12-8PM (11AM-9PM Thursdays through Saturdays) – on Colfax and on Evans near DU. Denver University students get 10% off with a valid student ID!