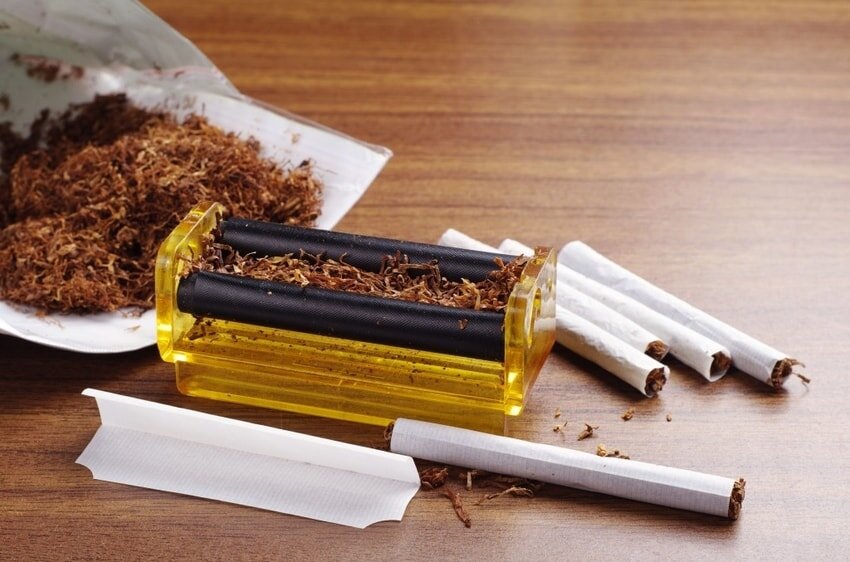 Frequent visitors of head shops like 710 Pipes tend to appreciate our mainstays, such as pipes, hookah products and rolling papers. While the love of smoking products permeates popular culture, very few of us are versed in the origins of the staples we rely upon today. We’ve reached deep into the past this week, exploring the respective journeys of tobacco and rolling papers to the popular forms we know and love.

The use of tobacco in varied forms has been documented for more than eight thousand years of human history. Historians believe that the tobacco plant was first cultivated in the Americas much later, around 5,000 BC, alongside the rising popularity of maize and related agriculture throughout the central region of Mexico. Native Americans are said to have used tobacco plants for many purposes. It was once considered an essential component of cultural and religious ceremonies.

Other early growers of tobacco emphasized its medicinal value. Tobacco was a routine aid in dressing wounds, reducing pain – and even helping treat a toothache. Native Americans gave Christopher Columbus tobacco when he first arrived to their land, and word of its merits quickly spread throughout his native Europe. Europeans regarded tobacco as magically medicinal, promoting the plant’s routine consumption. Smoking was endorsed as a stylish and simple way to get your “daily dose of tobacco.”

The first company to mass-produce rolling papers was known as Pay-Pay, which was founded in Alcoy, Spain in 1703. While this manufacturer increased the use of papers, the product was used for more than a century prior to their mass production.

A man named Alexandro Rizlette de Cramptone LaCroix first discovered rolling papers in the possession of multiple members of the French cavalry while they fought in Spain. In 1532, Lacroix traded a bottle of champagne to some soldiers in exchange for papers they’d crafted. Impressed by their innovation, Lacroix imitated their papers for use in his own life and social circle. The pattern stuck, and his descendants began producing these in 1660. They went on to found their own paper mill in 1736.

The Lacroix family quickly found success in the paper business – landing Napoleon himself as their first big client. Napoleon had grown increasingly dismayed by the destruction of his nation’s valued books, as soldiers regularly tore the pages of any books they could find to use as rolling papers, lacking a better alternative. Napoleon granted a license to the Lacroix family to produce their papers, enabling the expansion of their venture. In 1865, the Lacroix Rolling Paper company formally changed their name to RizLa+. “Riz” means “rice” in French, referencing the primary ingredient in their rice paper wraps. “La+” is thought to reference the founding family, as “croix” translates to “cross.” The Lacroix family made a fortune from their simple innovation, which quickly circulated throughout Europe.

And From There, We Kept On Rolling

The original design of rolling papers has evolved over the last several centuries, incorporating subtle changes to improve upon the functionality of papers, and the features their users valued most highly. While the general form remains the same today, creators of the last century have experimented with varying combinations of paper pulp, hemp, rice and flax. Rolling paper producers have long shared the vision of their products’ biggest fans – striving for the perfect blend for a well-packed roll and a smooth, slow burn.

Around the turn of the twentieth century, flavored papers first hit the scene. This allowed for the greatest surge of variety yet for the rolling paper industry. The selection of rolling papers and pre-rolled products available in smoke shops today would undoubtedly astound rolling papers’ pioneers.

As the demand for rolling papers grew around the world, the number of companies producing the product steadily rose. Pre-rolled cigarettes became increasingly common, and manufacturers grew increasingly overwhelmed by the demand for the product, which they continually struggled to meet. The Allen and Ginter company of Richmond, Virginia realized that the use of technology could exponentially increase their profits over time, as well as their likelihood of longterm industry success. Therefore, Allen and Ginter decided to incentivize the development of manufacturing technology – broadcasting an offer to pay $75,000 (nearly $2 million today) for the successful invention of a cigarette rolling machine.

James Albert Bonsack couldn’t resist this chance to strike it rich, and left school to devote endless hours to the chance of a lifetime. He finally finished his original prototype in 1880 – but tragically, it was destroyed in a warehouse fire. Thankfully, he was able to rebuild it from memory within the several months that followed, and filed a patent on his finished product on September 4th, 1880. Bonsack was rewarded for his time with the life-changing prize money. In turn, his devotion and skill revolutionized the smoking industry. Bonsack’s machine perfectly rolled 200 cigarettes per minute – an unprecedented rate of production for a job which previously depended on countless man-hours of tedious labor.

If you’re in the mood to celebrate the long road these products have taken to their present-day glory, our three locations carry a wide range of rolling papers and pre-rolls. We’re proud to offer all of the products you want and trust, including JUULs and other vaporizers, water pipes, hats, hat pins and so much more! Stop by our Northglenn head shop between 8AM-10PM, seven days a week. We have two Denver pipe shops open daily from 12-8PM (11AM-9PM Thursdays through Saturdays) – on Colfax and on Evans near DU. Denver University students get 10% off with a valid student ID!