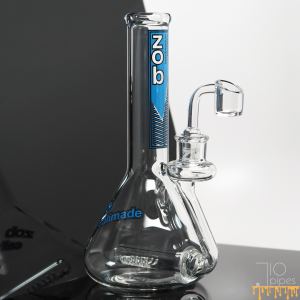 If you are new to bongs you may be a bit confused by some of the terminology. That’s only natural. One of the terms people seem to be most perplexed about is “heady glass”. There is also some generalized confusion about whether heady and scientific glass are the same thing. And if they’re not, then what’s the difference? 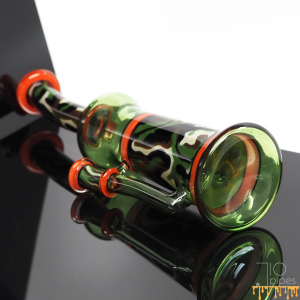 If you are one of those befuddled by bong terminology this is your lucky day because we’re in a bong-splaining type of mood. So let’s take a look at the two terms and see if we can’t paint a nice clear picture for you regarding exactly what they mean.

What Exactly is Heady Glass?

If you know anything about art you know there are two basic schools: the classical and the romantic. David was a classicist, Gericault was a romantic. Cubism was classical, expressionism romantic. And on and on.

The same can be said for bongs. When you peruse an online head shop looking for a bong you’ll notice the designs tend to fall into two general categories: simple and elaborate. That is, one expresses classical impulses and the other romantic impulses; with heady being romantic.

This type of bong design is one that embraces feelings over logic and seeks to produce an emotional response rather than a purely reasonable one. So, what are the advantages of this type of bong?

Okay, so what are the downsides to this type of bong?

What is Scientific Glass?

Sticking with our art comparison, if glass classified as “heady” is romantic, then scientific glass is strictly classical. Scientific glass bongs are characterized by clean lines, geometric shapes, and clear glass. Their classicism is right up front for all to see.

Scientific glass bongs often look exactly like the beakers you would find in a laboratory, except for the stem and bowl protruding from the side. If you find an online smoke shop that sells both types of bong you can compare them side by side. The difference will be like night and day.

Now that you know what they are, let’s look at the advantages of scientific glass bongs.

Alright, so what about the downside of this type of bong?

It’s pretty much impossible to say heady glass is objectively better than scientific glass. The two are just different, like Carravaggio and Raphael. One is intended to make an emotional connection, the other to make more of an intellectual connection. At the end of the day which one is right for you will largely depend on what kind of person you are: a classicist or a romantic.