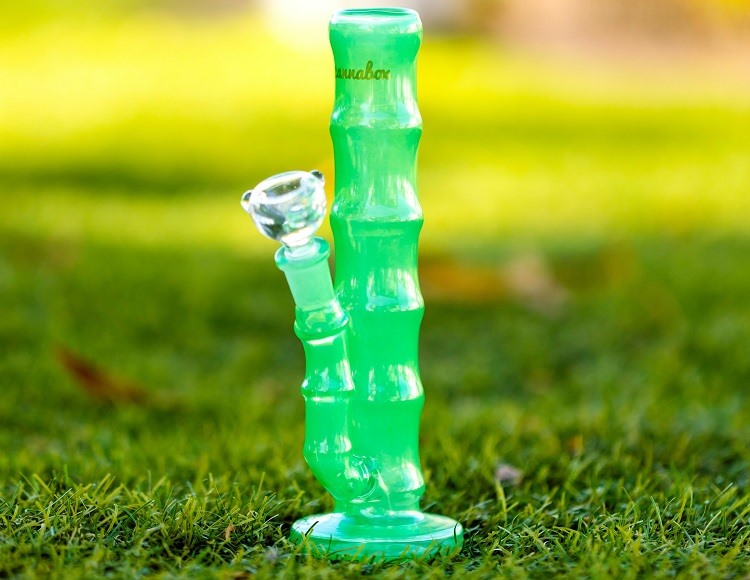 Before you look up “smoke shops near me“, you should know that our online head shop has the rundown on anything and everything weed-related. That’s why we’re going to walk you through bongs vs dab rigs 101!

Hitting a bong and taking a dab are two completely different animals. But you may be surprised to learn that the mechanisms are surprisingly similar.

You’re sure to have your preference for one or the other. Do you like the smooth, cool rips of a bong? Or the harsh-hitting dabs that knock you out?

Either way, it’s important to know as much as you can about tree life. So let’s get to it!

You’re probably familiar with how glass pipes work, but bongs and dab rigs are a whole separate ballgame.

Bongs from our online smoke shop include a water chamber, a downstem, a removable bowl, and a neck that the smoke travels through, all the way to the mouthpiece.

Bongs work pretty simply. First, the bowl is packed with bud. Next, you ignite it and suck via the mouthpiece. The smoke goes from the bowl into the water in the chamber and then bubbles up into the neck. Lastly, remove the bowl and the smoke will come out of the neck and into your lungs via the mouthpiece.

The main takeaway from bongs is that they bubble. When the smoke goes through the water, it gets cooled down for a more pleasant inhale.

Dab rigs are a kind of heady glass surprisingly similar to bongs. They’re kind of like bongs for concentrates.

There are lots of different kinds of dab rigs. The simplest one looks like a bong. But instead of a bowl, there’s a nail or banger. And you don’t pack the bowl with flower- you put a dab of concentrate onto a nail that’s been heated up.

First, heat up your nail or banger until it’s so hot that it turns red. Let it cool down a bit and then put a tiny bit of concentrate onto it while sucking through the mouthpiece. You can also put a dome on top of the nail to hold in all the vapor. Just like a bong, the vapor will travel through a water chamber before reaching the mouthpiece.

Dabbing also needs a different heat source than most smoking methods. When you’re using a dab rig, the most common way to heat up your nail is with a blowtorch!

Let’s recap the similarities and differences between our Denver smoke shop’s bongs and dab rigs.

Now let’s talk about how to pick out a bong or dab rig. If neither of these options tickle your fancy, you can always get a custom glass pipe!

Bongs can be incredibly small, like their cousin the bubbler, or huge tabletop pieces. It’s all up to you!

Dabs are similar too, but the main thing that varies in size is the water pipe. They can just be small functional pieces or big, complex, and hand-blown works of art that have many chambers, accessories, and percolators.

If you want an even smoother, cooler smoke, make sure to get a bong that has an ice catch. An ice catch is something where you put ice cubes in the neck of your bong to cool down the smoke even further.

Temperature is the name of the game when it comes to dabbing. You have to heat up your nail to a temperature that will vaporize your concentrate, but you can control the temperature experience within that threshold.

Low temps create a smoother, better-tasting vapor, and high temps create a vapor that hits harder. High temp dabs have a harsh flavor. Low temp dabs are more flavorful but won’t vaporize the whole dab and there will be some concentrate left on your nail.

If you’re only going to smoke at home, then your run-of-the-mill piece will probably do you well. But if you’re looking to travel with your bong then you should get a portable one with a travel case for safekeeping.

Dab rigs aren’t so versatile, and a complete rig is basically just meant for tabletop use. Vape pens are an alternative way to vaporize concentrates if you’re looking to use concentrates on the go.

Bongs and dab rigs are both surprisingly similar and incredibly different.

Their shapes mimic each other and their water chambers both cool down the hot smoke that would otherwise scorch your lungs. Especially dab rigs- we’re talking 500 degree F nails!

But concentrate and flower are on two opposite ends of the spectrum. If you’re used to bongs, beware of using dab rigs. They’ll get you a lot higher than you’re used to, and you can’t keep hitting them unless you want to be completely knocked out.

Now that you have the rundown, it’s time to go experiment!