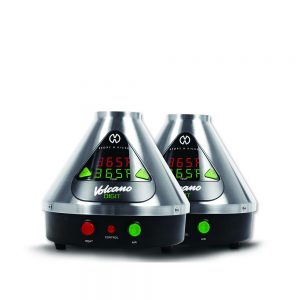 There have never been more ways to consume your favorite legal herb than there are today. Our Denver-area head shops alone keep thousands of smoking and vaporizing devices in stock – including heady glass water pipes, hookahs, chillums, smart rigs and everything in between. Vaping has become an increasingly common way to consume cannabis, nicotine, and CBD in the recent past. As of one widespread Gallup poll in 2018, one in five American adults under the age of thirty claim to use vape products. Whether you were the first to join the vaping craze, or you’re considering a switch from cigarettes, it helps to have a clear understanding of how vaporizers work. Learn (or refresh your memory on) the basic anatomy of your vaporizer with our simple explanations of these six vape hardware staples.

Atomizers have a negative and positive pole, both of which attach to a vaporizer coil. These poles heat the coil when electrified. As the temperature of the coils rises, surrounding eLiquid within the device is turned to vapor. More straightforward designs sometimes combine the functions of a coil, atomizer and wick into one multi-function internal coil.

Batteries are included with the purchase of most vaporizer models on the market. Disposable vaporizers and rechargable vape devices have built-in batteries. Other vapes have specialized lithium ion batteries included in their original packaging. The 18650 is the standard choice for most battery-operated vapes. 18650 batteries have a positive terminal, and they’re visually very similar to AA cell batteries despite serious differences in chemical makeup.

As the name suggests, coils are pieces of thin wire tightly wound into the shape of a coil. Coils are located within a vape device’s tank and heated by an atomizer’s electrical current. When heated coils come into contact with e-liquid through a vape device’s wick, they transform the liquid to a vapor form for users to inhale. Coils may be made using nickel, titanium, stainless steel and similar metals. Coils’ structure may also range from a sole, twisted wire to a complex wired braid.

Tanks typically hold an atomizer and ejuice inside of a small chamber. They’re usually surrounded by Pyrex glass. Transparent edges let vape users easily gauge how much eliquid is left inside of their device. Pyrex is most common type of glass used for tanks’ exteriors, as this specific type is known for its relative strength compared to other forms of glass. In other words, vape pens with Pyrex tanks are generally resilient enough for day-to-day use, and much less likely to break with every minor bump and fall to the floor than alternate materials may allow.

The term “mods” comes from the modified vaporizers that the earliest generation of vape-lovers used to kick their devices’ performance into high gear. Mods come in an impressive variety of forms with an equally diverse range of functions. Batteries and adjustment buttons are usually found in a vaporizer’s mod. Some vaporizers also have computer chips – these are far from universal, but they’ll also be found in your vaporizer’s mod when present.

The wick of your favorite candle isn’t the source of the burn – but it is what makes it possible for wax to melt away and fill the air with sweet aromas. The wick of your favorite vaporizer has a very similar role. Wicks connect ejuice with a vape device’s coil, allowing it to vaporize. Wicks remain soaked in ejuice in tankless devices, and they draw ejuice from a vaporizer’s tank when one is present. They’re usually made from organic cotton or other forms of absorbent material.