In 1996, German graphic designer Markus Storz set out to craft an herbal vaporizer unlike any on the developing market. After nearly two years of trial and error with a heat gun in his cellar, Storz successfully patented an original prototype in 1998. His innovative design featured a one-of-a-kind conical structure and balloon bag vaporization system.

Storz professionally partnered with longtime friend Jurgen Bickel in 2002, and the pair devoted their days to improving the Volcano’s efficiency and expanding the reach of their product line. The following year, and the device’s sales skyrocketed almost immediately afterwards.

In 2003, the first 110 Volt models were made available for sale within the United States. Combustion heating had previously been the only viable option for inhaling herb prior to the Volcano Classic. First-time users were floored by the substantially smoother hits made possible through vaporization as compared to combustion methods without sacrificing strength. It’s no surprise that Storz & Bickel’s innovative new device quickly earned notoriety around the globe. Nearly two decades later, the Volcano Classic retained its rank as the best vaporizer on the market, earning the 2013 Cannabis Cup as the Best Product of the Year.

After more than twenty years and several state-of-the-art additions to the Storz & Bickel product line, the industry-leading brand continues to improve and impress customers worldwide. Storz & Bickel’s German engineering has set the standard for vaporizer quality since the very beginning, and they continue to dominate the markets as a leading vaporizer brand today. 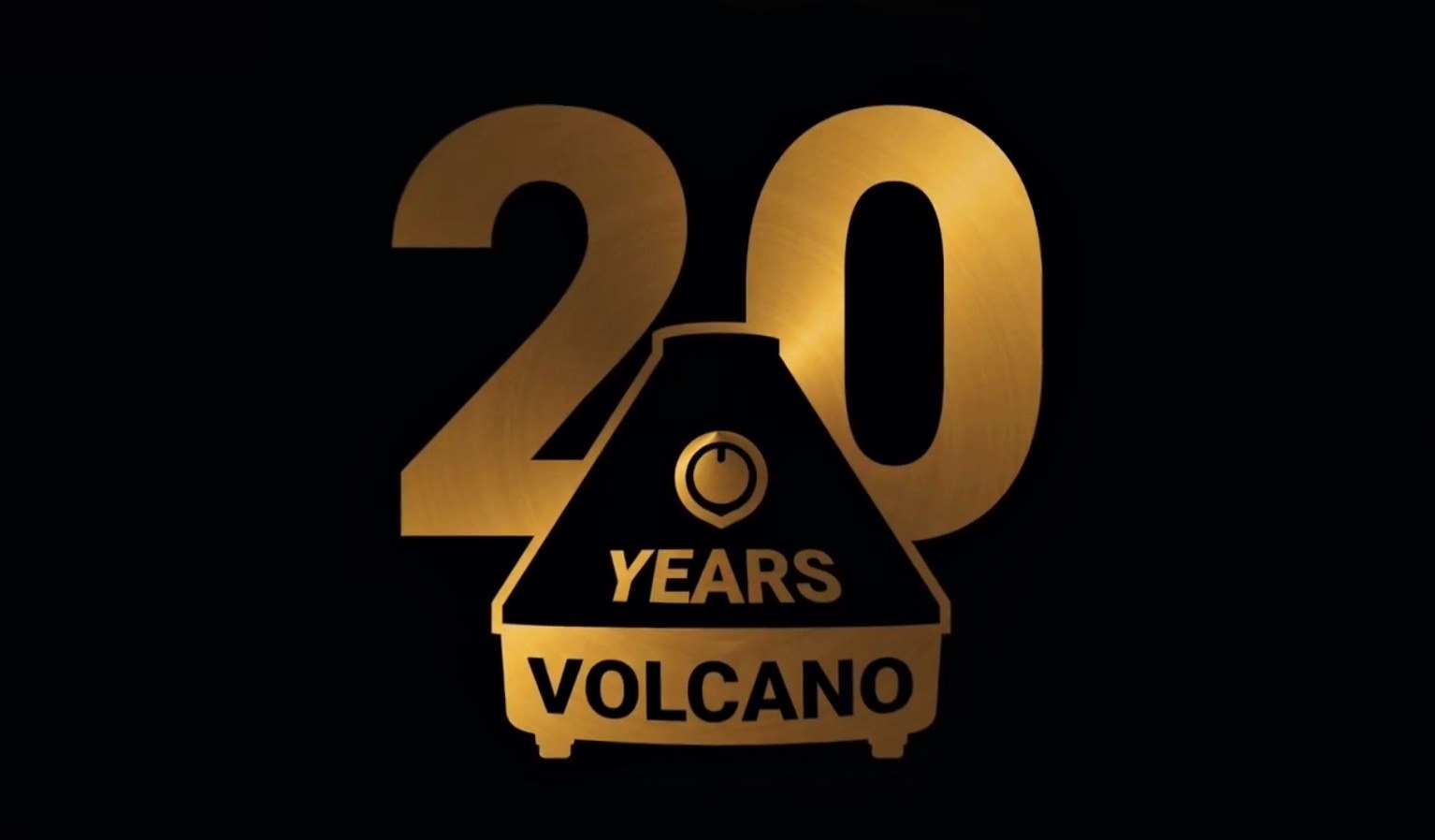 The unending success of the beloved Volcano Classic Desktop Vaporizer brought the company to its current rank as an industry-leading brand. Storz and Bickel's Volcano vaporizer line has since expanded to include their Volcano Classic Gold Edition and their latest release - the Volcano Hybrid. 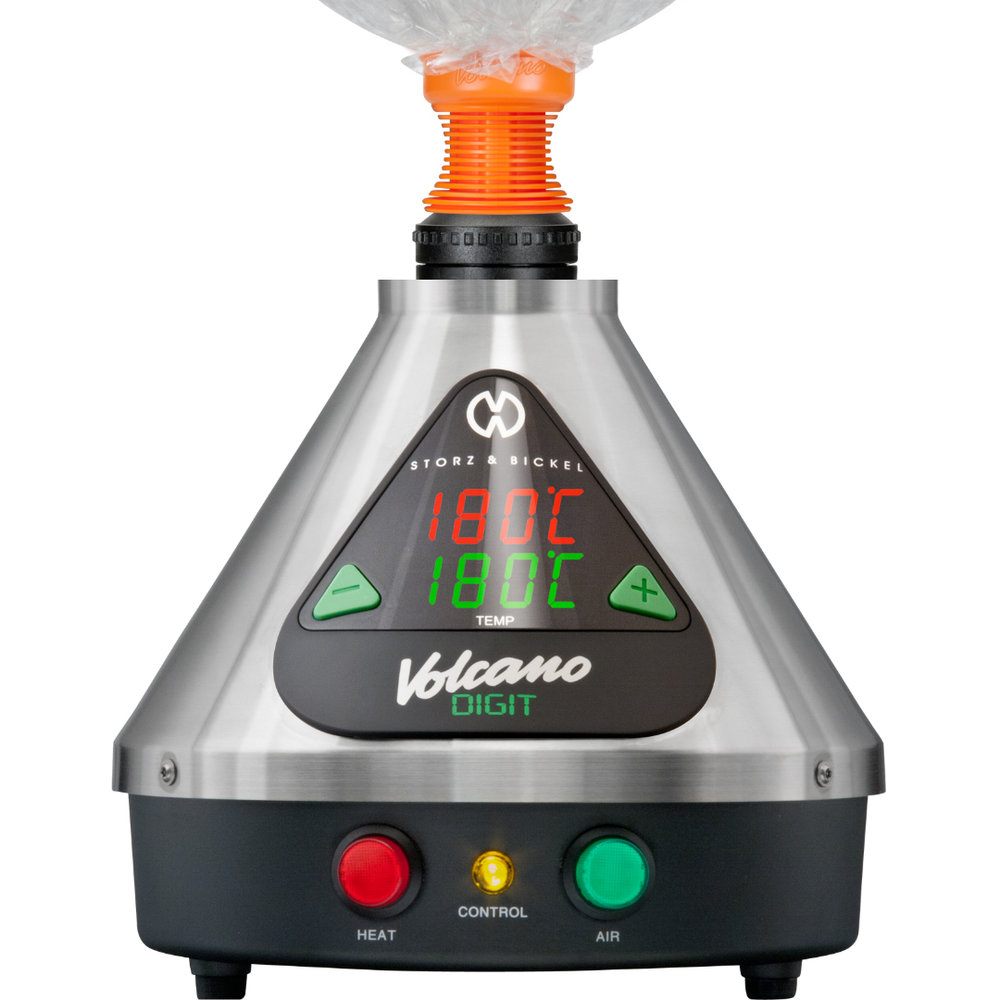 The Plenty is an easy-to-use dry herb portable vaporizer with a double helix heat exchanger - ensuring even heat distribution and thick, flavorful vapor clouds. The Plenty comes with a two-year warranty - and an additional year warranty upon registration.

The Plenty is made of polycarbonate material and comes standard with a stainless steel cooling coil. This solid top-rated portable vaporizer has one of the largest filling chambers yet, and an adjustable temperature control system between 266°F to 395°F. With a built-in analog temperature gauge, you can monitor its temperature with ease. 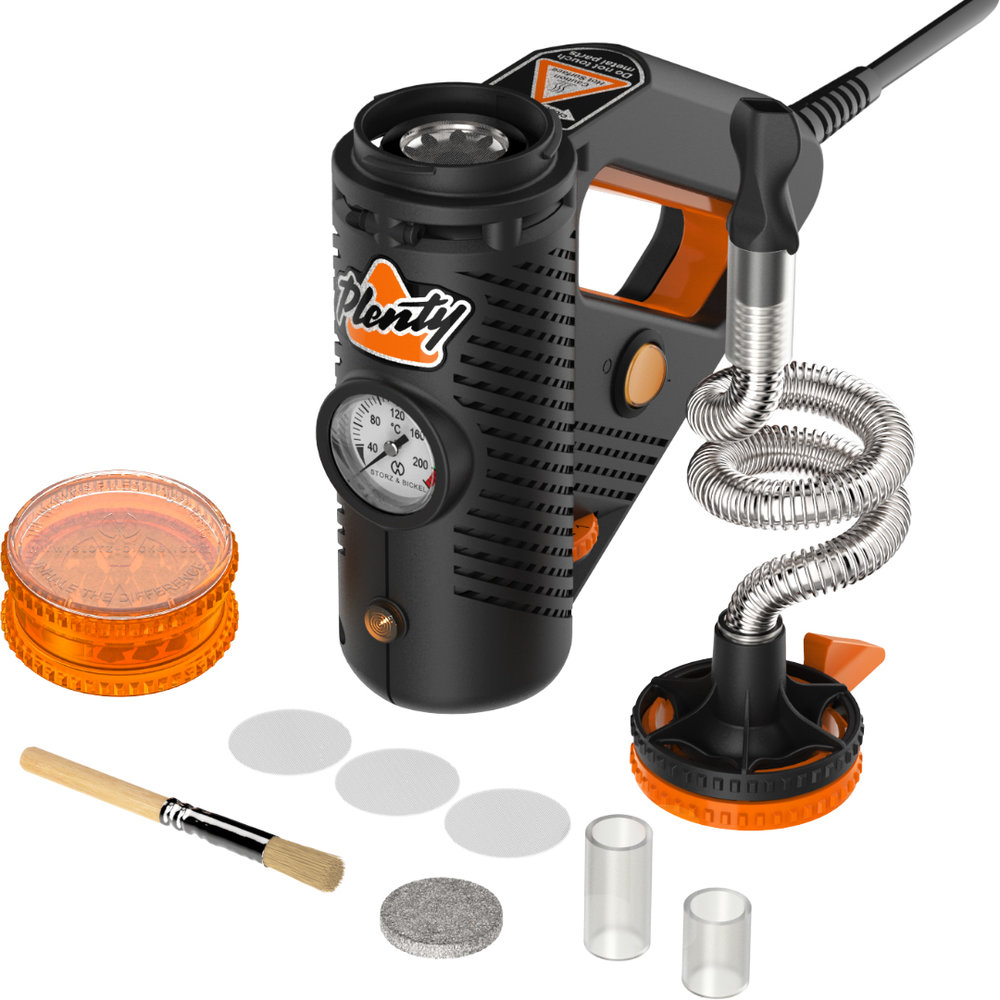 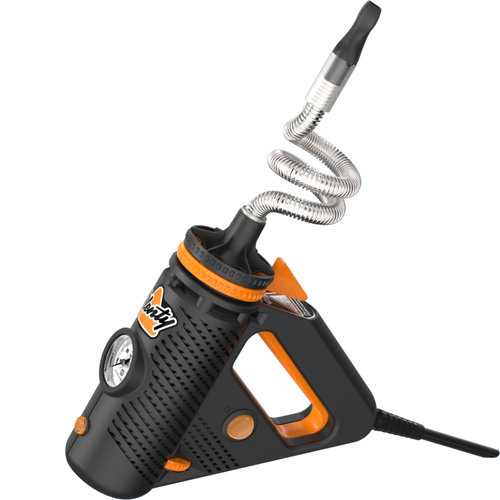 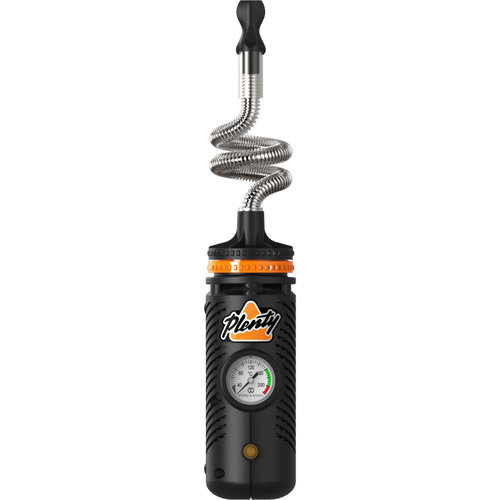 With a patented combination convection and conduction heating – the Crafty+ reigns supreme in heating herb efficiently and evenly. The powerful heating system allows for perfect air flow - letting users breathe in effortlessly with minimal drag. Better yet, the Crafty+ can reach optimum temperature in just sixty seconds seconds. The device's built-in cooling unit is made from a high-grade, heat-resistant and food-proof plastic known as PEEK - is commonly used in the medical field for surgical implants. Its remote-control app for Android allows you to use your phone to optimize the device settings to your exact preferences whether you're on the go or on the couch. 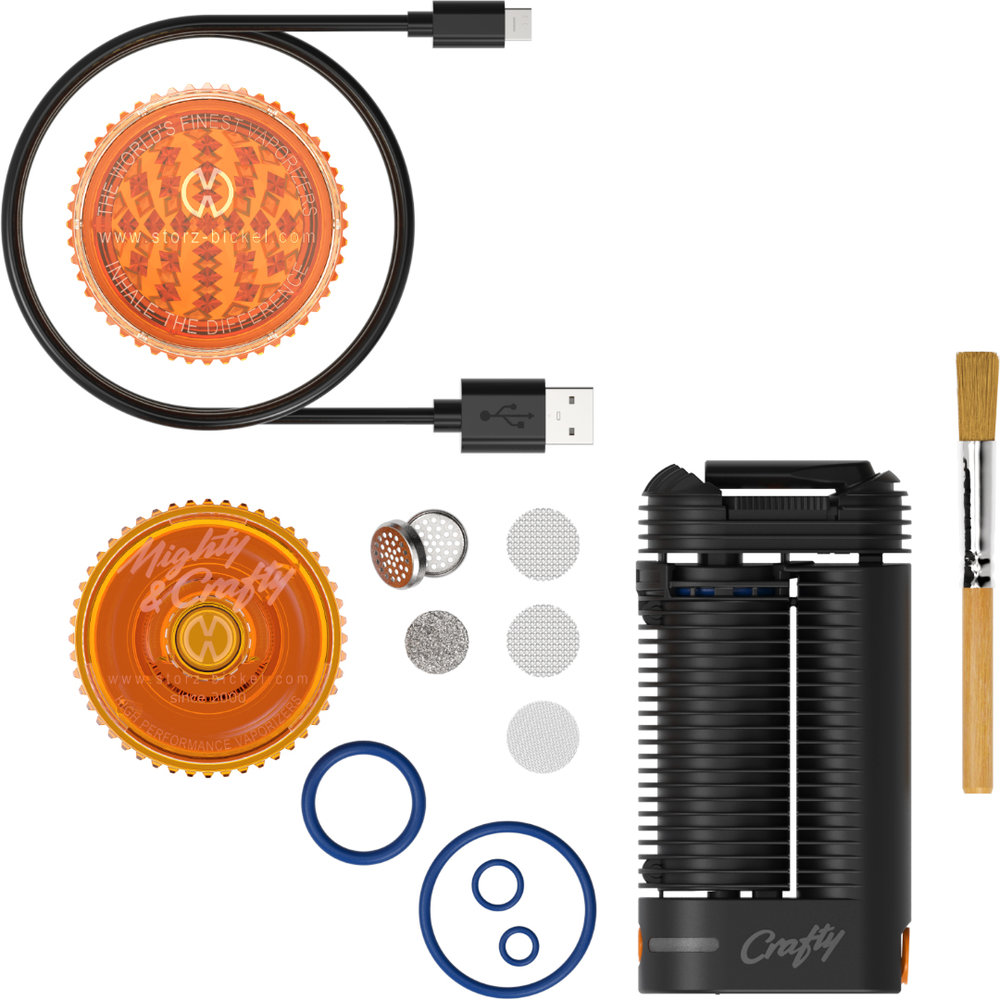 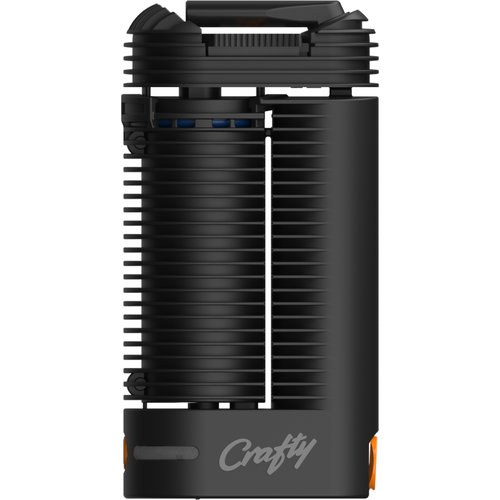 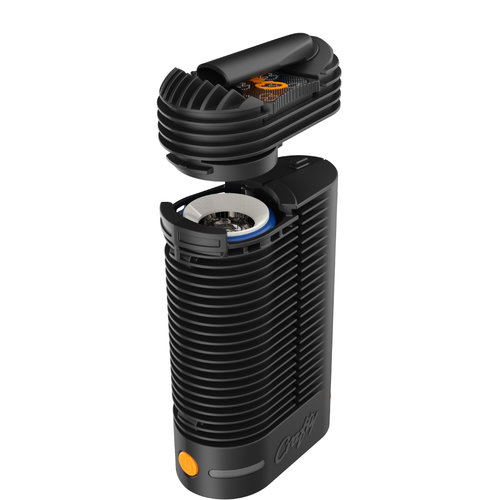 Don't be fooled by its size - this travel-sized portable device is built to last - made with medical grade materials and are backed by numerous safety certifications.

The Mighty has a great battery life of 90-120 minutes - twice the duration of the Crafty+, making it an exceptional choice for use on the go.Like the Crafty+, the Mighty uses a patented combination of convention and conduction style heating for consistent heating - letting users enjoy flavorful full extraction hits with minimal waste. 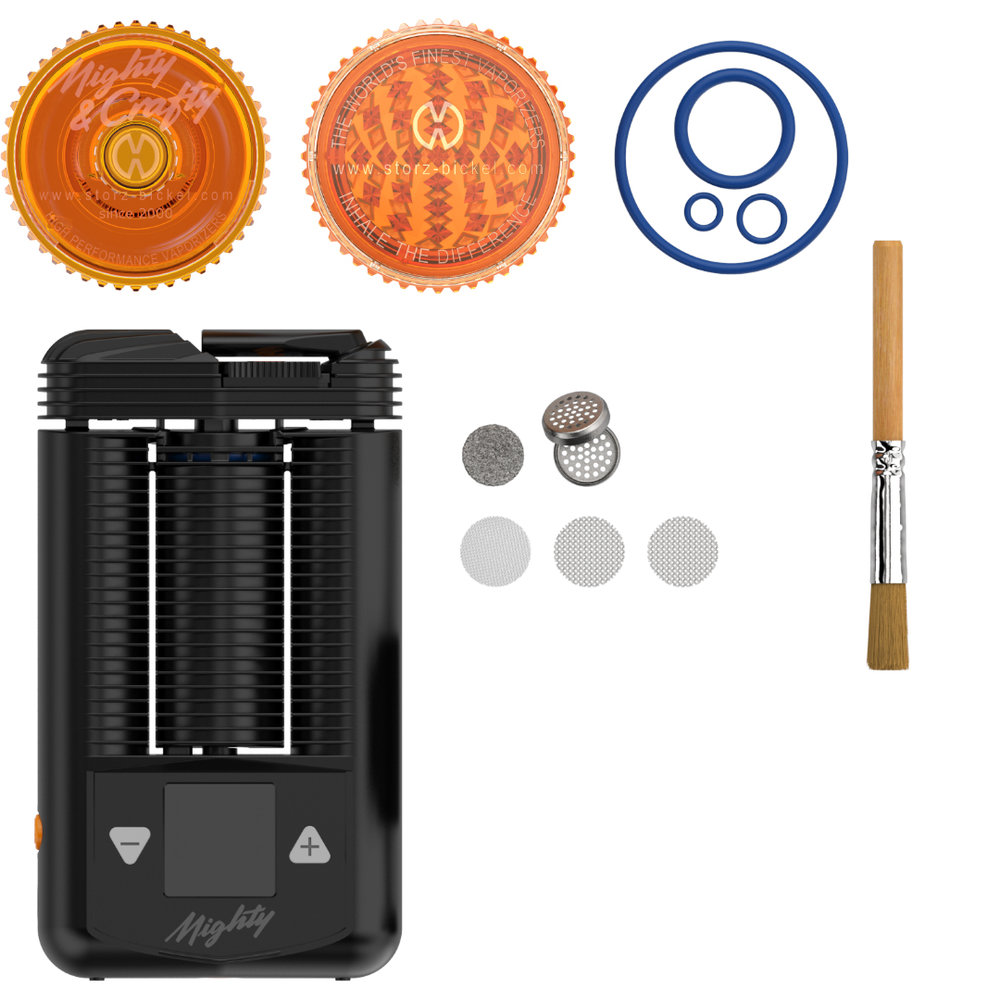 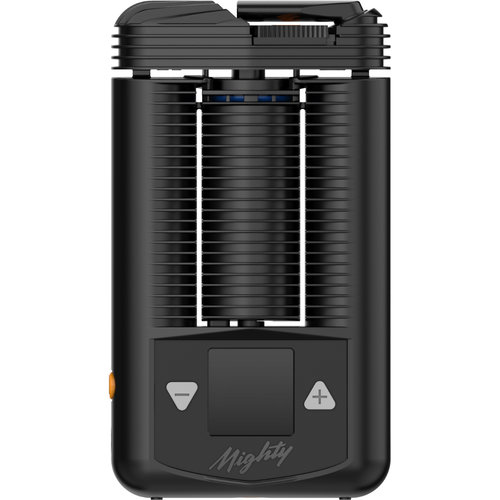 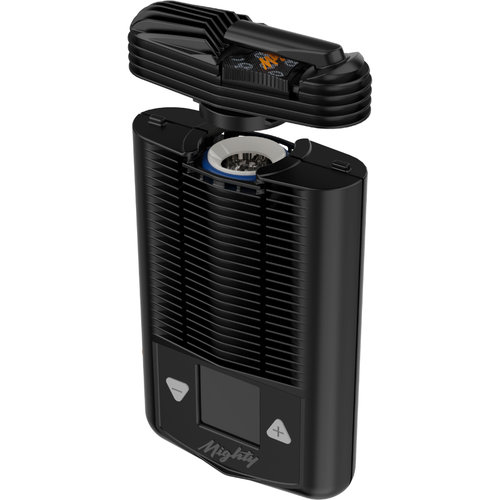