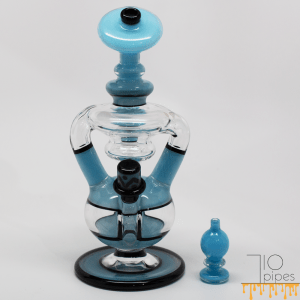 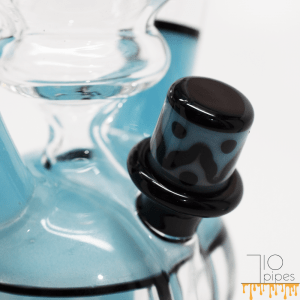 Today, if you go into a head shop just about anywhere you are bound to see one of these newer and complex devices. Whether you call it an oil rig, a dab rig, or a concentrate rig makes no difference as they are all the same thing. They were created as a more efficient way of delivering potent concentrated cannabis either in wax, oil, or butter form to the user. It gives you a cleaner more intense high as many of these concentrates rank around the 75-90th percentiles in potency. They have been a godsend to medical marijuana users and an essential piece of equipment for any cannabis consumer.

Hash has come a long way in recent decades, and dabbing continues to be at the forefront of cannabis concentrate, with new variations continuing to surprise consumers all the time. Key to enjoying the experience, however, is finding an optimal temperature to vaporize all of the delicious compounds without burning them to smithereens.

With so many different types of dabbable concentrates, and such a wide variety of new smoking devices for their consumption on the market, finding the right approach can be confusing. Where did dabbing devices come from and how did they get to be as popular as they are? We’ll try to sort through some of the chaos with the highlights of dabbing’s fascinating history, plus a helpful guide to finding the best concentrates and the best ways to consume them.

If you are like me you might remember back in the day, doing knife hits off two butter knives on your parent’s stove. Little did we know back then what a revolution that practice would start. That concept might be old but in reality the practice of dabbing was started hundreds of thousands of years before even that.

Many East Asian cultures were the first to be associated with the practice of concentrating cannabis substances, originally as hashish, which then quickly spread to Morocco, Afghanistan, Nepal, Turkey, The Himalayas and India around the time of 100 A.D. Thousands of years later, its popularity grew when it was put on the shelves of many U.S. pharmacies in the 1800s. The process of ingesting hashish was later perfected for inhalation through vaporization in the 1940s.

One of the biggest parties that documented the use of this practice was a World War II intelligence agency, the U.S. Office of Strategic Services (OSS). There a man named George White would lace cigarettes with hash oil or LSD and give them to unsuspecting people and prisoners and measure the results as part of his various experiments. He would continue to practice these methods throughout the 1950s and 1960s under a CIA program called “MK Ultra”.

In the 1970s an alchemist, D. Gold, was determined to improve hash oil as it was known then. In his book Cannabis Alchemy: The Art of Modern Hashmaking he documented his experiments on creating a translucent cannabis he classified as “honey” oil. He explained that after attempting several different solvents such as isopropanol, chloroform, petroleum ether, ethanol, and many others; the best solvent and a practice that is still used wildly today was pure alcohol and active charcoal. CO2 and refined butane are common solvents also used in modern times.

In 1999, an article titled “Hash Honey Oil Technique” was published by Erowid (link it) that detailed the process of butane hash oil extraction. This is believed to be the first documented reference of this particular method that would later be known as simply “open blasting”. This somewhat controversial and dangerous method would later lead to the creation of closed loop systems (CLS).

History of the Dab Rig

In 2005, an article titled “Beautiful Budder” was published in Cannabis Culture from a Vancouver native that went by the name “Bubbleman.” In this article he discussed how he and his colleagues created an amber glass substance and later set it in a windowsill where they witnessed the sample “buttering up.” This development led them to create a device that was available to the public in his Da Kine dispensary in 2003. This discovery led to a unit that made vaporizing concentrate easier, which in turn ultimately led the dab rig that we know today.

Word traveled fast and by 2010, dab rigs, dabbing tools and other hash oil smoking products were introduced to the rest of the world when they where featured at the High Times Cannabis Cup. Quickly after that they were available in dispensaries and smoke shops everywhere. 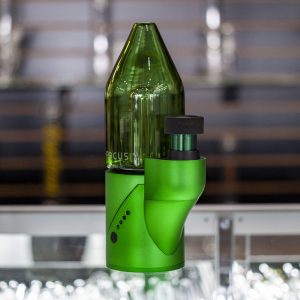 Dabs are basically the essential oil of the cannabis plant, give or take a few plant parts and possible residuals. Many dabbable concentrates are made by butane extraction, which results in a product with very little plant matter. However, even old-school bubble hash will be sold as dabs (with a much higher plant concentration, and correspondingly lower THC concentration). As a general rule of thumb the more plant matter in your dab, the higher the required temperature for full combustion. Here are a few of the most popular concentrate products, in order of decreasing plant matter:

Each type of product has an individual purity and chemical profile, giving each a distinct quality of flavor, combustion, and even effect. Usually, more terpenes and less plant matter mean the most flavor and biggest buzz.

Terpenes are flavor compounds that cannabis shares with citrus plants, pine trees and other flora. These compounds are what a lot of dab enthusiasts won’t shut up about. Vaporizing terpenes at the right temperature will bring out insane flavors in cannabis concentrates that pipe smokers could hardly imagine. If amazing flavor is what you’re after, then look no further than Live Resin. If you’re not familiar with Live Resin I suggest you change that, and quickly. It’s the product of a new process that has become so popular for terpene extraction, that it has recently been adopted by the craft beer industry. Reefer Scientists for the win.

Terpenes and all the other important compounds of your concentrates will vaporize between 315-440 degrees, but the temperature will need to be modified depending on the device you’re using and the consistency of your concentrate. 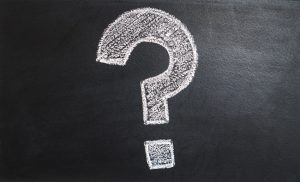 Aficionados tend to swear by low-temperature dabs, because they’re the most flavorful. The trade-off is that a lower temperature dab can result in a lot of uncombusted (or wasted) material. Lower temp dabs also produce less vapor, and therefore, less of an effect. Obviously, if you’re on a budget that can add up quickly. It’s a fine line, though, as overheating your dabs can actually destroy all the valuable compounds before you can even get to them! My first few grams of dabs were lost to this situation until a kind, squinty-eyed head-shop owner showed me the light.

As a quick tip, the flavor-conscious always seem to go for a few things: quartz glass buckets with a carb cap, on a percolated glass dab rig. For anyone new to the scene, that’s a little bong with an attachment. It’s typically heated with a torch. Torches can take some getting used to, but fortunately, there are plenty of options for getting a good tasting dab without one.

So Many Products, So Little Time

I’m currently vaping shatter through a portable, electronic cigarette sort of thing (and it’s starting to make it hard to write). There are dozens of models on the market, but a good battery – I’d recommend one with at least 25 watts – and a decent burner dedicated to concentrates is an awesome way to get medicated, or just wicked high, almost anywhere. I find waxes tend to work best with this type of device, as concentrates with less plant matter can easily clog airflow vents. New burner designs are coming out constantly but crowd favorites usually boil down to two categories: coil-wrapped quartz-glass rods and ceramic buckets. The coil-wrapped quartz is my preference. It requires less maintenance than ceramic, has a quicker heat up time and seems to produce more vapor. New ceramic buckets definitely provide a better flavor but at the cost of a smaller hit. One nice thing about any of these options is that (with a decent battery) you can select the actual temperature setting in seconds to adjust for different consistencies in concentrate. These batteries are also ideal for vaping e-cigarette juice and other types of cannabis concentrates popular now at local dispensaries. 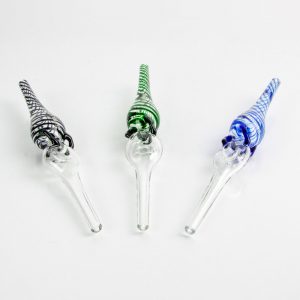 There’s an astonishing assortment of devices on the market these days to help get your dabs out of the jar and into your lungs. Some of these devices are more confusing than others, and require more attention to effectively use. For that reason alone, I still enjoy dab straws. They’re super simple and can be one of the cheapest ways to get ripped. Variations can be complex and have built-in water filters or attach to pre-existing bongs, but the simplest versions are just glass straws heated at one end and grazed across a glob of dabs (waxy solids work best). This certainly isn’t the most conservative or even best tasting way to vape, but its a fun way to get into dabbing without a huge initial investment. 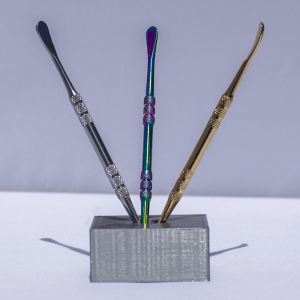 The nail/dome setup was one of the first to get popular on the dab scene, but was eventually replaced in popularity by buckets, also known as bangers or domeless nails. These bong attachments easily fit on standardized pipes and allow for an easy transition for pre-existing water pipes.

So what is the best way to dab? Well, it’s situational. If you’ve got the cash and plan to dab often at home, spring for a nice heady glass dab rig with a banger and carb cap. Be sure to grab that Live Resin while you’re at it and maybe even get a digital temperature gun to hit that ideal range. 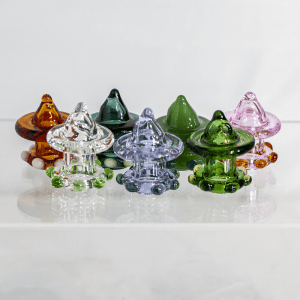 Due to the increasing popularity of concentrate vaporizers the smoking community has naturally embraced the dab rig. These concentrates offer a smooth and relaxed smoking experience with a stronger potency. This has made it a great solution for both medical and recreational marijuana smokers everywhere.

Dab rigs and concentrates have come a long way from their original forms to the ones we know and love today. Now you can’t shop at a head shop anywhere without seeing at least a handful of smart rigs and other marvelous modern dabbing devices. It is easy to see why this concentrate-creating technology is moving forward at an exponential rate. One great part is that it’s also become more and more affordable for the everyday user. With that in mind, now would be a great time to explore 710 Pipes’ online smoke shop and check out the wide variety of dab rigs we have available.