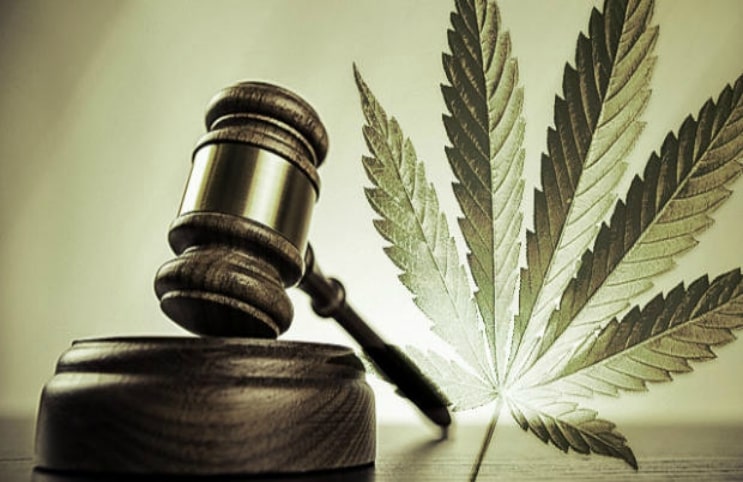 The American opioid epidemic has damaged and ended countless lives across the nation, disproportionately ravaging communities affected by poverty, economic depression or limited access to social mobility. The lack of sufficient healthcare in many American communities further exacerbates the increasing reliance on prescription painkillers to manage the effects of chronic illnesses – and the inability for users to cease their reliance on addictive painkillers, whether or not the original symptoms remain.

In 2017 alone, 3.7 million prescriptions for opioids were distributed in the state of Colorado, according to data released by a statewide monitoring program. 578 Coloradans lost their lives to opiates that same year. In 2016, opioids ended the lives of 42,249 Americans, while a staggering 2.1 million suffered from an opioid use disorder.

Proponents of medical marijuana have long spoken out in favor of cannabis, and its ability to aid a wide expanse of ailments. Marijuana is believed to alleviate many of the same difficult symptoms that opioids target, without the same steep risks of legally prescribed narcotics. Still, the ability of physicians to officially recommend cannabis for the treatment of maladies lagged behind the ability of patients to seek it for their own pain (or pleasure). Furthermore, the scope of conditions for which MMJ was approved was far more limited than the list for which Doctors could recommend opiates. While patients can purchase recreational marijuana on their own volition, along with a water pipe at their nearest smoke shop, many cannot afford the continued cost of recreational cannabis to meet their medical needs. If their conditions don’t qualify for medical marijuana approval, many turn to treatments of a lower cost by necessity – like opioids covered by insurance plans.

Thankfully, local legislative efforts are catching up to the demands of the state’s passionate constituents. Just last month, Colorado state lawmakers voted to support medical marijuana in an exciting new way. This bill allows physicians in Denver and across the state to recommend the use of medical marijuana for the alleviation of their patients’ symptoms, as an effective and less addictive alternative to opioids.

This news alone is likely a source of relief to many advocates within the industry. One couple who have spoken passionately about the benefits of CBD are the parents of Charlotte Figi, who say that their daughter’s life is owed to the healing powers of CBD. In an interview with CNN’s Sanjay Gupta, the Figis revisit the nightmarish ordeal of their daughter’s life-threatening struggle against Dravet Syndrome. Charlotte’s physical and mental development was severely stunted as her tiny body suffered up to 300 grand mal seizures a week. The hospital had issued a “do not resuscitate” order for five-year-old Charlotte, stating that nothing else could be done to save her life beyond a medically induced coma to limit her cranial swelling. Desperate for any solution and told they were out of options, Charlotte’s parents searched for alternative solutions and painstakingly secured medical approval for legal CBD usage – after dozens of denied attempts – making Charlotte the youngest medical cardholder in state history. With the use of CBD topicals, consumable goods and vaporizers, Charlotte’s seizures were all-but-eliminated – down from approximately three hundred a week to a maximum of one or two. To her tearful parents joy, Charlotte caught up with her same-aged twin developmentally – gaining the ability to talk, walk, ride a bike – and even laugh again. Her parents were mystified that medical professionals hadn’t recommended medicinal cannabinoids sooner, and have since taken a passionate stance in favor of expanded MMJ approval.

A Big Step Forward, And A Sigh of Relief

For children like Charlotte, the ability for Colorado physicians to recommend medicinal marijuana as a primary course of treatment could save them years of physical and emotional turmoil. This is also a big step for the industry at large, as cannabis has made great strides in its public perception. In the past decade, cannabinoid research has been slowly catching up to support the herb’s many benefits – which advocates have anecdotally voiced through the ages.

Senate Bill 19-013, which is scheduled to take effect this August, has a few important implications. For starters, it enables any disorder that qualifies for an opioid recommendation to similarly qualify for the recommendation of medicinal cannabis. A similar concurrent measure, SB19-224, puts regulations in place to theoretically streamline the licensing process. For instance, a licensee who has submitted a renewal application on time would be allowed to operate while the application status is pending under this new statute. This helps to lessen the impact of bureaucratic delays or difficulties on the needs of the everyday public, so long as they uphold their share of responsibilities. It will also mandate the testing of industrial hemp used in medical marijuana-infused products, ensuring that they meet legal standards and that users know exactly what they’re purchasing.

710Pipes carries all of the products you need, like JUULs and other vaporizers, water pipes, accessories and so much more! Stop by our Northglenn head shop between 8AM-10PM, seven days a week. We have two Denver pipe shops open daily from 12-8PM (11AM-9PM Thursdays through Saturdays) – on Colfax and on Evans near DU. Denver University students get 10% off with a valid student ID!