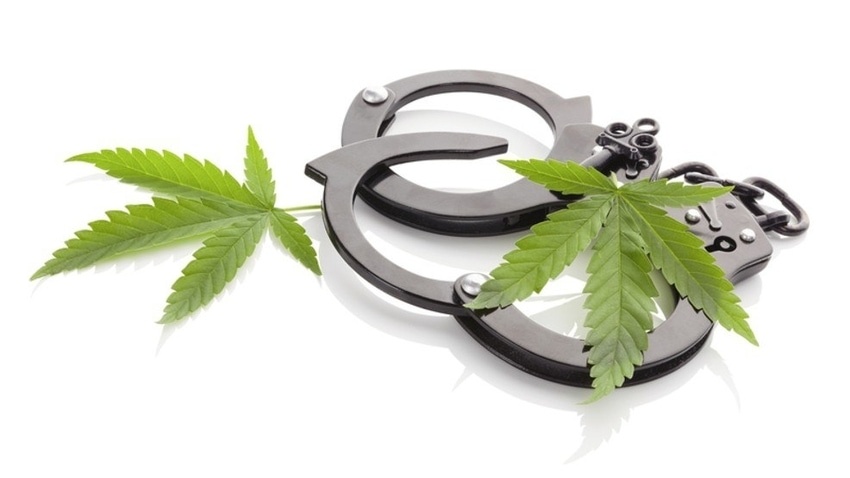 Throughout recent years surrounding cannabis legalization, a rather volatile (if quiet) debate has continued to echo down the halls of established mainstream media outlets. One question lies at the heart of the controversy – what social impact, if any, do cannabis dispensaries have on their surrounding communities? The United States and most other countries have had head shops, pipe shops and smoke shops for decades, many of which cater to the cannabis-friendly. For this reason, the concern seems almost strange. At last, the numbers are in to put this issue to rest – so put down that bong and take a look.

“They Were Not The Crooks!”

On second thought, let’s take a step back first and take a quick look at a quote from President Richard Nixon’s Drug Czar:

“We knew we couldn’t make it illegal to be either against the war or black, but by getting the public to associate the hippies with marijuana and blacks with heroin, and then criminalizing both heavily, we could disrupt those communities. We could arrest their leaders, raid their homes, break up their meetings, and vilify them night after night on the evening news…”

“…did we know we were lying about the drugs? Of course we did.”

Those are the infamous words of John Ehrlichman, White House Domestic Affairs Advisor from 1969 to 1973.

Okay, now that we have that out of the way, perhaps we can look at the debate from a new vantage. No, wait – there’s still more relevant context that doesn’t get mentioned often enough: arrest rates. Of all individuals arrested for drug law violations in the United States last year, nearly half – 46.9% – were of African American or Latino ethnicity. That should be an alarming figure, especially since that particular demographic makes up only 31.5% of the U.S. population – indicating a significant disparity in drug-related legal enforcement.

We can make an educated guess that people of color are still feeling some undue ramifications of the Nixon administration’s openly racist (and hippie-phobic) scapegoating, whether or not lingering effects are intentional or consciously observed by the present-day individuals they’ve influenced.

It should be noted that even in the most vociferously pro-cannabis states like California and Colorado, a surprising amount of city and county policies prohibit the opening of cannabis dispensaries. In California, for example, where both medicinal and recreational cannabis use is legal, almost 75% of jurisdictions have banned dispensaries. The reasoning behind the general public’s reticence, and subsequent prohibition, centers around concerns that weed shops would lead to increased crime rates within their surrounding communities.

This practical hysteria common in local governments is in flat contradiction to seemingly any related study. Julian Morris of the Reason Foundation illustrates this thoroughly in a 2018 essay titled “Does Legalizing Marijuana Reduce Crime?”

You don’t have to read past the first few pages to be floored by the numbers:

“In Washington State, which legalized marijuana for recreational use in 2013, the number of low-level court filings for marijuana fell by 98% between 2012 and 2013. The number of adults (over the age of 21) convicted for misdemeanor possession fell from 297 in January to 0 in January 2013—and has remained there since.”

Adult use isn’t the only thing affected, either. Decriminalization has marked a drastic reduction in cannabis’ popularity amongst underage Americans (and those without a prescription). It seems it’s not cool to have the same hobbies as your old man. Morris continues with another study:

Opponents of legalization seem to think that illegal production of the plant will increase alongside decriminalization. Interestingly, the numbers suggest otherwise.

“In Colorado, the number of cases brought against people for cultivation, distribution and possession of marijuana fell by 85% in the first full year of legal sales (2014) compared to the average in the three years prior to legalization (2010–2012).”

Correlation is NOT Causation, but Still a Sensation

Sensation has a secondary definition: “a widespread reaction of interest and excitement”. I think these figures justify the use of such a term. Some of the most impressive figures cited in her essay relate to the effect legalizing cannabis seems to have on other drug use.

For example, Morris cites a 2014 study that found opioid overdoses were about 25% less common in States that had medical cannabis. The study also found that this effect grew larger the longer the laws were in place. Another study from 2016 found that in states with medical cannabis:

“Medicare prescriptions for drugs to treat a range of ailments, including pain, depression and anxiety, were significantly lower.”

Other sources echo these findings. “Surveys in Michigan and California found significant reductions in use of opioids for pain management following the introduction of MML(Medical Marijuana Legalization).”

Even deaths associated with opioid overdoses have dropped significantly in states that have legalized cannabis. So does cannabis legalization lower crime rates? While we can’t attribute lower crime rates to definitively to the cannabis use of its citizens, the correlation between cannabis and crime rates echo an encouraging message to all who will listen – which are somehow dampened in the public arena. The pervasive misconception that legal weed spurns local crime, undoubtedly stems from the openly acknowledged scare tactics of our nation’s former leaders. Hopefully someday, dispensaries will have their day in the California sun, and the American public can collectively overcome our damning cultural stigmas and fears surrounding legalization. We may then let the measurable effects of cannabis legalization speak for themselves – rather that blindly taking Nixon’s word for who the crooks are.

710 Pipes carries all of the products you need, including JUULs and other vaporizers, water pipes, accessories and so much more! Stop by our Northglenn head shop between 8AM-10PM, seven days a week. We have two Denver pipe shops open daily from 12-8PM (11AM-9PM Thursdays through Saturdays) – on Colfax and on Evans near DU. Denver University students get 10% off with a valid student ID!