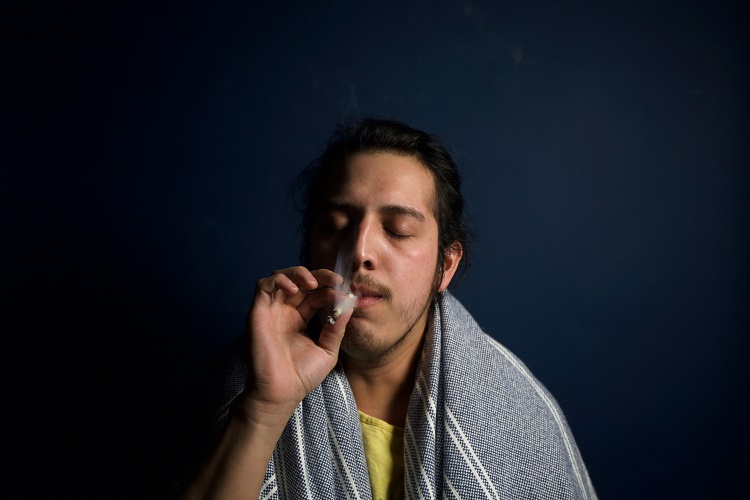 People come to our Denver headshop all the time wondering why they go through so much weed. The first thing we tell them is that they may not be inhaling correctly!

Our head shop knows all about inhaling weed firsthand. There are two main mistakes people make when trying to inhale weed:

Both of these problems are easily solved with a little guidance. So let’s get to it

How to Inhale Correctly

Inhaling your weed correctly is the difference between wasting large amounts of pot and having a great high. The right way to inhale weed is pretty much the same no matter how you’re smoking it, differing only slightly.

When you smoke, you burn cannabis until it combusts. Then you inhale the smoke into your lungs. This delivers all of the good stuff – cannabinoids – into your bloodstream.

Smoking can hurt your lungs so it’s important not to smoke too much at once. Take slow draws so that your lungs don’t get too irritated. Start shallow and slowly draw more per hit as you advance in your practice.

Getting the Most Out Of Your Hit

Fits, slowly inhale some smoke. About ⅔ of your hit is a good rule. Now take a huge breath to push the smoke into the bottom of your lungs. This increases how much THC gets absorbed into your bloodstream from the lungs.

Despite urban legend, you don’t need to hold your hit down for an excessive amount of time.

Absorption is how quickly, and how much, a substance enters your bloodstream.

THC is usually absorbed into the bloodstream within minutes after smoking. On the other hand, edibles can take up to an hour at least before THC is absorbed because it goes through the gastrointestinal tract.

Everyone absorbs substances differently. Some factors include:

Inter-individual variability refers to how the same drug affects two different people differently. One dose might be perfect for one person but too intense for another.

This is why some people get high after just one hit, while others need to rip a whole bong before feeling anything. (Tolerance is another factor in this).

Let’s go over some different ways to smoke.

When you think about smoking weed, you probably think about joints. Joints are an iconic classic and are perfect to pass around.

Joints are made when you roll weed up in wrapping paper. You just have to be careful about which rolling paper you use. A lot of common rolling papers contain dangerous chemicals, so do your research and try to find a natural brand if possible.

Blunts are very similar to joints. The difference is that blunt wraps are made out of tobacco leaves. This means they have nicotine in them and can become addictive.

The nicotine found in blunts can cause nausea, headache, and dizziness. It’s not really the best substance to mix with weed.

That being said, lots of people swear by them!

Pipes are also known as bowls, and they’re probably the easiest way to smoke.

There’s a hollow bowl, a stem, and a mouthpiece. You can also find a carb hole on some pipes that helps you control airflow. You uncover the hole while inhaling to help you clear the smoke.

Bongs use water to filter and cool down smoke. You’re usually able to take bigger hits with bongs because the smoke isn’t as harsh.

Bongs have a bowl, a downstem, and a water chamber. Sometimes they have percolators to add extra filtration.

While lots of people think bongs are a healthier way to smoke because the smoke travels through water, the water actually only filters out trace amounts of chemicals.

How Not To Inhale Too Much

Some methods of cannabis consumption are harsher than others. For example, some contain tobacco which is damaging to your lungs. These include spliffs and blunts.

Pipes and joints only have weed so they aren’t as harsh. On the other end, bongs and bubblers cool down the smoke via filtration for the smoothest hit out there.

Start slow when you pull through your bong or pipe and take a huge gulp of air once you clear the chamber. Don’t worry- you can always smoke more!

Vaporizing weed isn’t as harsh on your lungs, but it can get you higher, faster. The same amount of weed can go a lot further with this method. This is because the cannabis is vaporized at a lower temperature so it doesn’t combust. This preserves terpenes and cannabinoids that combustion ruins.

The employees at our smoke shop have all perfected their inhale. When you work at a head shop, it’s kind of a right of passage! And we’re here to pass the knowledge on to you.

When you Google “smoke shops near me”, no one cares as much about your smoking experience as our local smoke shop. We do more than just sell products. We want you to have a good time.

It sucks to go through weed and not know why you’re not getting high. You might think it’s a rookie mistake, but unless someone teaches you better, there’s no way to know how to inhale correctly!