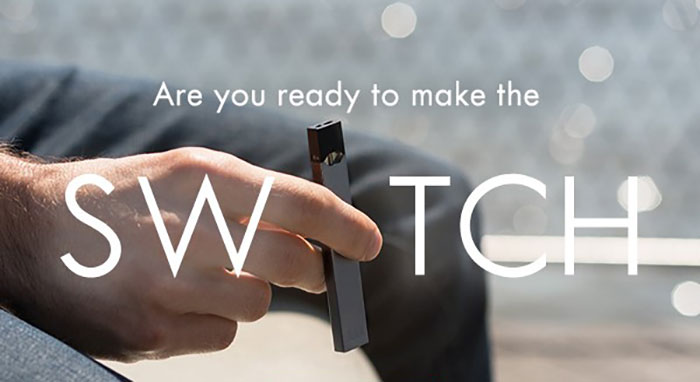 The modern electronic cigarette was invented in 2003 by Chinese pharmacist Hon Lik and has swept the world by storm. Some readers might recall the barrage of negative press that followed its introduction. The FDA warned that we didn’t know the long-term effects of the new product: but after a decade and a half, e-cigarettes only continue to rise in popularity.

The facts are in, and I have to admit I was surprised writing this article to find clinical studies that support what all of us already suspected:

Boom goes the dynamite. Send this article to your mom.

The tobacco lobby in the United States is the biggest culprit in spreading fear-mongering news articles about electronic cigarettes. They still stand the most to lose. China holds all the patents since they came up the idea and the nicotine used in Chinese products is not dependent on US-grown tobacco- still one of the US’s biggest exports. The US tobacco industry has faced serious blows lately as smoking continues to be outlawed in restaurants and other public areas, but they still manage to rake in cash: probably because in many states a pack of cigarettes can cost you well over $10.

Contrary to the growing price of tobacco cigarettes is that of “nicotine e-juice,” the product typically used in nicotine vaporizers. The price of this stuff varies so much it’s hard to give a fair representation of it, but one impressive element involved is the option of choosing the amount of nicotine in your vaporizer. This can be extremely useful in helping a person cut back or even quit smoking altogether. Nicotine ratings in e-juice can range from extra-high to absolutely nothing, so a person using a e-cigarette or vaporizer can actually keep the habit and all the sensation of smoking while gradually weening off of nicotine entirely. The seemingly endless variety of e-juice flavors is entertaining for everyone (head shops owners included), and even traditional tobacco smokers can find a vast range of tobacco flavors in varying strength- even zero.

Public demand still grows for electronic cigarettes, and the industry continues to revolutionize the product in exciting ways. Nicotine Salt is the newest of these innovations. Created by PAX, perhaps the most popular vaporizer company on the market, the salt is said to be a more naturally occurring form of nicotine, even found in tobacco leaves themselves. Benzoic acid is used in collaboration with the salt to increase absorption of the nicotine. The end result is alleged to be a much more potent experience from a smaller amount of the drug. Vapor Scientists, they think of everything.

This crazy little e-cigarette was introduced in 2015 and people can’t get enough of it. Just a year after it’s introduction, sales increased 700% and by January 2018 JUUL accounted for half of the e-cigarette market. Half the market. That’s $322 Million. Damn. They must be doing something right.

A New Standard of Quality

Scientists at PAX were the first to introduce nicotine salts to the market and competing companies have since scrambled to offer similar products. PAX figured out early on that they could actually increase the amount of nicotine the body absorbs by adding something called benzoic acid to their nic salts, a process that lowers the ph of the salt and allows a lower temperature for combustion. This means several things for the user. The first is a smoother, cooler hit coming into your lungs. The second is the potential for better flavor since terpene molecules responsible for taste burn off at low temperatures. Kids are nuts for it, and everyone else seems to be, too.

One thing I like about vaporizers is their capacity for interchangeable parts. The same big battery I use can vape e-cig juice with the right attachment but can also be used for dabbable concentrates and even herbs like tobacco or cannabis. With all this versatility also comes the possibility of burning your e-cig juice or delicious cannabis concentrates beyond recognition. PAX beat the game by finding the best temperature for their product and figuring out how to maintain it. This is one feature the JUUL seems popular for. Although it doesn’t have the adaptability of a larger battery, (it doesn’t vape anything but JUUL pods) the design keeps the vape temperate perfect, allowing an intense and flavorful hit every time. The minute size and weight of the thing keeps you from caring whether it does anything else.

One feature about the JUUL that has raised some controversy is its appearance. It’s super compact compared to other e-cigarettes but, perhaps more interestingly, it really doesn’t look like an e-cigarette at all. It resembles a USB flash drive, and a tactful user might even pass it off as one under scrutiny, just because of how small and slender it is. It’s discrete and lightweight design make it adored by older folks, too, and easy to carry in a shirt pocket without notice.

Man, I don’t even do tobacco anymore and I still want one. Mango is one of the more popular flavors of their JUUL pods and it’s making me nostalgic for blunts.