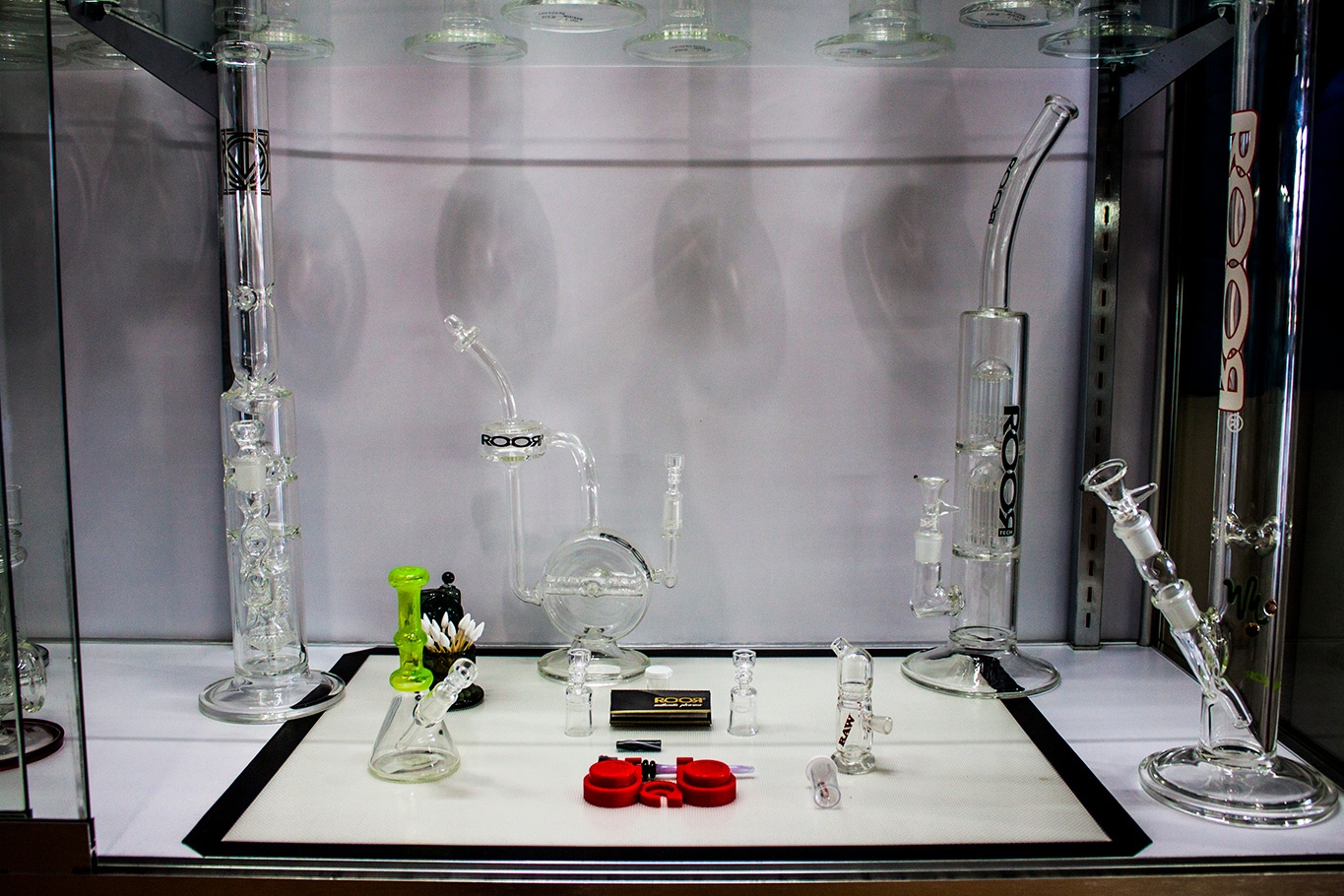 As cannabis legalization continues to sweep the US and the world by storm, a surrounding market for ways to consume the sacred herb has continued to emerge from the woodwork of the underground and underappreciated, and into the spotlight of mainstream marketing. As a result, a surprising number of innovative new devices continue to appear in the realm of water pipe designs. It’s pretty sweet.

What’s In A Bong? (Hopefully Something Tasty)

A bong is any type of pipe that uses water to filter the smoke going through it. The term is thought to have come from the Indian term Bhang, a medicinal Cannabis drink that has been popular in the region for centuries. The water pipe has had many iterations throughout its several hundred-year (at least) history, but those centuries pale in comparison to the evolution the apparatus has experienced in the last few decades.

Designs remained mostly stagnant until the ’90s when California’s legalization effort really took foot. The early designs centered around one basic idea: a straight pipe tightly fit into, and submerged in, the water of a second, larger vessel. When the larger vessel is pressurized (by sucking on it), air or smoke is forced through the smaller pipe to be filtered and cooled through the water. What stable genius figured that out? I wish we knew. 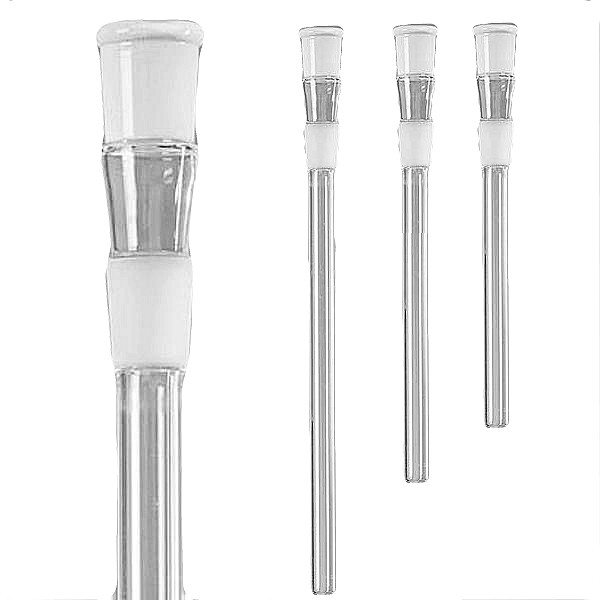 An early but nevertheless impressive design modification was the addition of holes or slits to the submerged section of the pipe, called the downstem. This allows for more surface area of the smoke to be filtered through the water – basically creating a bunch of smaller bubbles that catch more ash and heat while providing just as voluminous of an airflow. That idea – more surface area of smoke against water – sparked a revolution in bong design that continues to build in complexity. 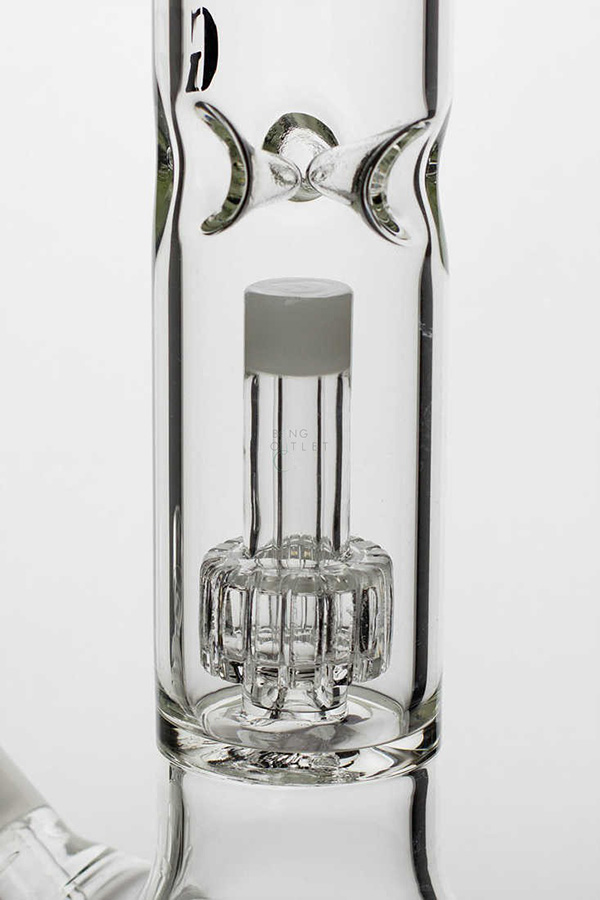 One of my favorite designs is called a showerhead percolator. A percolator, by the way, is just another fun term used for a bong, named after an old-style coffee brewer. Yum. Showerheads are basically a variation of the above mentioned stilted downstem, only the slits are vertical, rather than horizontal as in the original. These downstems require quite a bit more effort and detail to manufacture and do cost a bit more as a consequence. What you get for those extra dollars is a much more refined hit – smaller bubbles and better filtration that leave the inexperienced amazed at the flavor and lack of abrasion felt in the lungs and throat. 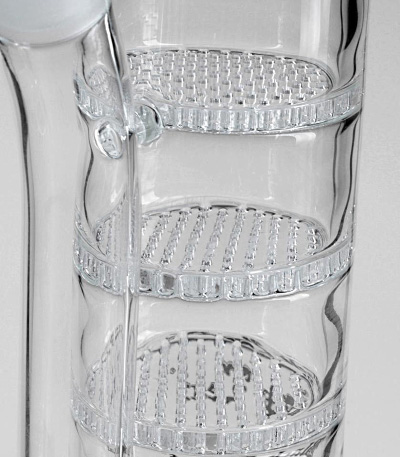 Honeycomb filters are one of the most recent – and certainly one of the most impressive – designs that have gained popularity on the market. These filters are perforated discs that must be built into the frame of the bong itself, and function in lieu of a downstem to separate or diffuse the incoming smoke into literally hundreds of tiny bubbles. These discs are often found in stacks of two or three (some bongs have more than that) and each layer creates a beautiful visual effect when smoked – pressure causing water to miraculously float atop each of the hole-filled discs between layers of dense, filtered smoke. 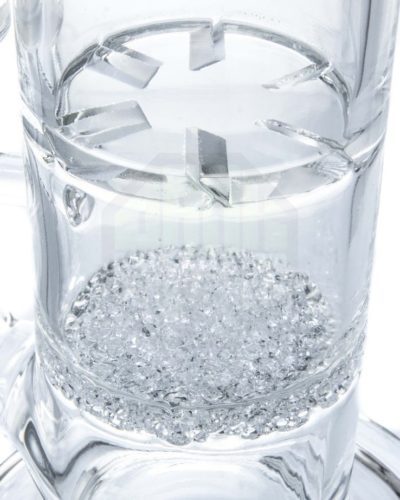 What kind of writer would I be without mentioning the Fritted Disc, or “Frit Disc” for short. An old head that had been blowing glass for decades recently came up with the idea of fusing chunks of broken glass into the shape of a disc to use in the same manner as a honeycomb percolator. He patented the bong and marketed it as the Rooster Apparatus, but now the design can be found all over. To be fair, he got the idea from the scientific community – which uses the same technique for filtering you know, science things. This particular design is by far the smoothest single percolator you will find. It does, however, have a considerable drawback, but it’s something that can easily be overcome. The holes in this design are insanely small – making it very easy to get little pieces of ash and herb stuck in them, and very hard to get out. The way around this is pretty simple, though: you get an ash catcher. 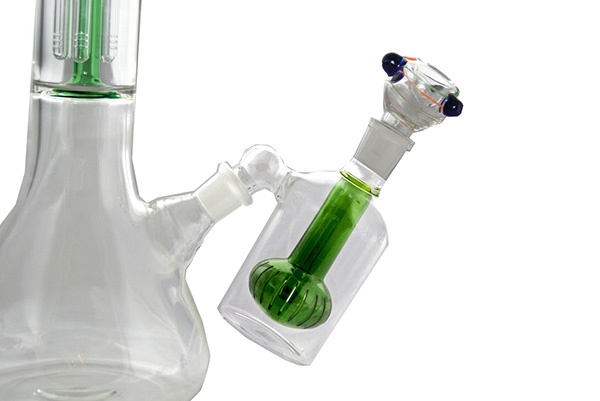 There’s bound to be a good Pokemon pun to make here but I’m just not that hip. An ash catcher is a bong attachment that’s basically another little bong in itself! They are awesome for a number of reasons, but I like them because they turn all your pipes with standardized fittings into a sort of Erector Set. These attachments come in all the same variations as their larger counterparts but have the mobility to connect themselves with anything as simple as a J-hook (basically a mouthpiece that you can put a standardize fitting bowl head in) to something as complex as a series of ash catchers attached to another bong! These smaller devices do just what the name suggests – clean up the smoke before it enters a secondary apparatus. So the more you have, the cleaner the hit. They really make your old bong smoke like something recognizably new and improved.

These handful of examples are just the tip of the iceberg that makes up the ever-widening world of water pipes. A number of enormous, annual trade shows stand as proof that the market for design is constantly expanding, birthing new and interesting bongs all the time. Head to 710 Pipes for the latest in weed-smoking technology and get your mind blown today!