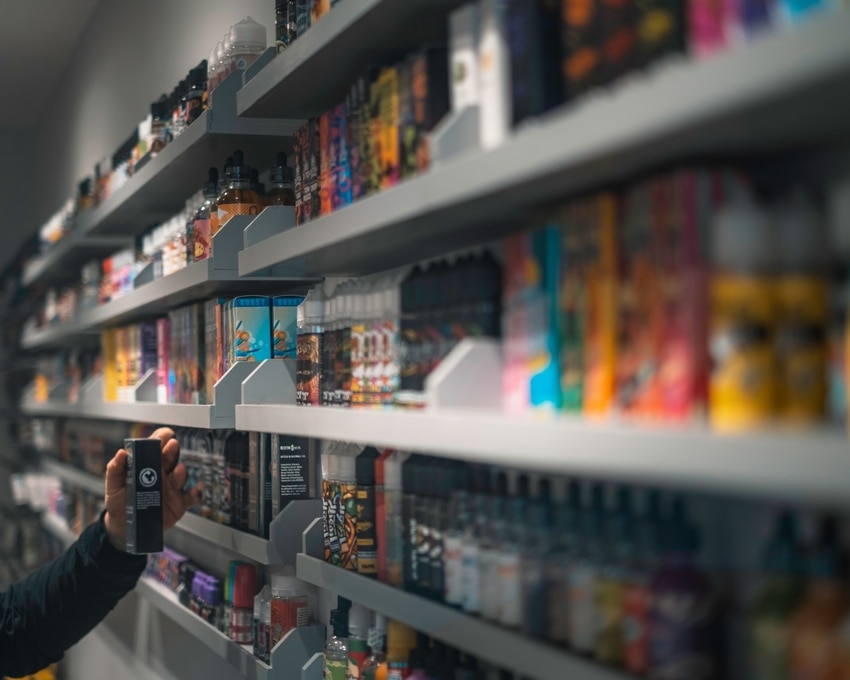 Given that nearly 80 percent of vapers prefer to use flavored e-juice, leading vape manufacturers and your local Denver vape shop are taking notice and innovating. In short, they’ve been able to reproduce just about every you can imagine in a break-neck effort to win over the most loyal buyers possible. That being said, there are probably several flavors and brands you haven’t tried at your local vape shop.

Why Use Flavored Vape Juice?

Now that you’ve quit regular cigarettes, congratulations are in order as you’re likely happier and pulling down more at work — and because you finally made the jump to vaporizers. Or maybe you’ve started vaping to be more sociable. No matter, you probably understand that “vape juice” — the fluid that delivers an e-cigarette’s chemical payload—is the essential ingredient for any vaper.

And if you’re a younger smoker, you likely prefer flavored vape juice, whether it’s vanilla, watermelon, or another that we can only assume tastes like a fragrance an Instagram influencer championed.

If you’ve ever given in and decided to vape before breakfast, you should go for a French toast-flavored vape product. People will wander into the kitchen bleary-eyed and begin craving some freshly made French toast drizzled in butter and syrup.

You might just find yourself craving an order when you blow out a cloud of this vape juice. This is one flavor that’ll go great when paired with a cup of coffee.

Nothing heralds the start of summer like the scent of fresh-squeezed lemonade. And the more tart, the better. If you’re a casual fan of Denver vaporizers who craves the taste of summer, lemonade-flavored vape juice is a good choice right about now. So if you like fruity flavors, add some lemonade to your favorites list.
The flavor of lemonade can be a terrific palate cleanser when you’re going from one complex flavor to another. But mostly, it’s a great everyday flavor.

People crave grape-flavored tobacco, so it’s no revelation what a hit grape-flavored vape juice is. Stroll past a group of vaping people on a Saturday or Sunday and you’ll likely find that at least a quarter of the bunch is vaping with grape.

Grape-flavored vape juice is so virtual that it’s something that you keep on hand for an occasional smoke, your number top flavor, or can be set aside in case you have an unexpected visitor.

Watermelon vape juice is one of those unassuming everyday flavors you can find at your local vape shop and enjoy regardless of the weather. It goes great after a meal and offers an enjoyable taste no matter how regularly you vape.

Local law enforcement aren’t the only ones who enjoy a yummy, glazed donut. If you prefer sweet flavors, you should buy a glazed donut-flavored vape juice. The real thing – a donut, that is – offers too many calories and the threat of cavities. Instead, a glazed donut enhanced juice adds a creamy taste and aroma to your vaping.

Nothing pairs with a huge dense cloud of vapor than a marshmallow scent wafting behind. But marshmallow is a flavor that only the most astute of vapers will try.

If you’ve decided to transition from smoking tobacco to vaporizers for health reasons, mint and peppermint options are immensely popular. Peppermint patty flavored vape juice is the top dog of all mint flavors thanks to its chocolaty notes and the strength of the peppermint that gets left behind.

This is rumored to conjure images of the juice swirling at the bottom of a tropical snow cone, but it’s likely more than that. Some vapers say it’s like you’re chomping into a juicy, ripe fruit that no one else has discovered. It is unquestionably fruity, but it tastes like no single fruit or combination you’ve ever tried.

Teleos says this is the first juice they ever made. It was meant to be a cereal e-liquid imbued with frosted flakes flavor and frosting flavor. But it really didn’t taste like either, or at least not in early taste tests, so the good people at Teleos modified and experimented with their concoction until they came up with Experiment One: a corn pudding flavored vape juice.

Apparently, corn pudding isn’t as strange as you think, and it’s been a go-to dish among citizens of the Southern U.S. Of course, many who’ve lived south their whole lives have never heard of it, but we’ll stick with the legend. Like mythical Civil War Gold, perhaps it’s a dish that’s been sucked up by time. Regardless, it vapes extremely well and is highly recommended.

Yep, this is a flavor reproduction of the timeless Spanish drink: the horchata, also known as the agua de horchata. It’s a milk-based beverage with cinnamon, rice, sugar, and vanilla. It’s likely on the menu of any upscale Mexican restaurant. If you haven’t tried it, you should. Word of caution, it’ll fill you up quicker than you’d expect. It comes across as a thin drink but try not to enjoy more than two glasses before your meal. The results might be disastrous. This juice is a great representation of the drink itself. Even though there isn’t a lot of flavor with the juice, its power lands like an unexpected haymaker with a smoothly sweet, cinnamon, milky flavor.