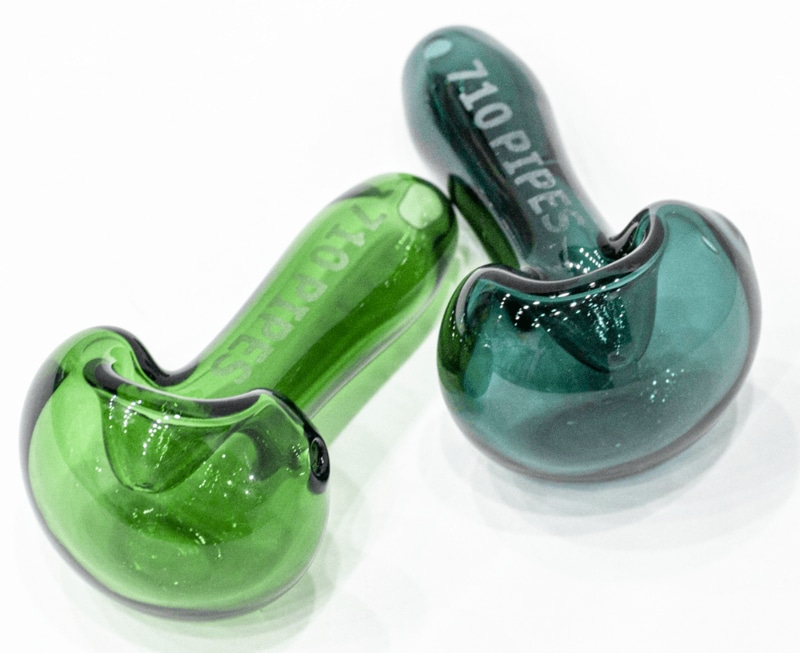 There are certain questions that have vexed even the smartest among us since the dawn of time: Where did we come from? What happens after we die? Which is better, a glass pipe or a bong? While we don’t have definitive answers to the first two questions, our status as purveyors of custom glass pipes and bongs positions us pretty well to try and tackle the third question.

To do so we’re going to take a look at each and see if we can’t effectively delineate their pros and cons and why someone might prefer one over the other. Let’s get started, pipes first.

Why Would Some People Choose Glass Pipes?

Glass pipes have a lot of things going for them, and by the time we’re through listing them here, you might wonder why anyone would ever choose a bong. But keep reading to the bottom, there’s a case to be made for each one. Here’s the argument in favor of glass smoking pipes:

No doubt about it. Your glass pipe can slip discreetly into your pants or jacket pocket with no one being the wiser. Try doing that with a bong. Not gonna happen. The compact size and light weight of the pipe means just about anyone can take it just about everywhere.

There’s no denying that some heady glass bongs are works of art and worth every penny. But they’re also incredibly fragile. One careless move could result in a chip or a crack in your $2,000 bong. Hand pipes, by contrast, are tough and resilient and often last many years.

Many custom glass hand pipes are incredibly evocative pieces of functional art. The people who make them put their heart and soul into them and often come up with simple but compelling touches that elevate them above the status of mere weed pipe.

Why Would Someone Take a Pass on a Glass Pipe?

They Don’t Hold Much Weed

Like it or not your hand pipe is not going to hold as much weed as a bong, meaning you’ll be refilling more often, if that sort of thing bothers you. Don’t believe it? Come to our Denver head shop and compare bowl sizes.

They Tend to Grow Legs

Among people with lots of friends and acquaintances, the average glass smoking pipe won’t last too long before growing legs and mysteriously walking away. It’s another one of the mysteries of life.

The quality of the smoke can be rough – Compared to the nice, smooth, filtered hit you’ll get with a bong, the hit you’ll pull from a glass pipe will be rough. For some people, it’s just too rough. But it’s ultimately a personal call.

Why Would Some People in Denver Choose a Bong?

Yep, custom glass pipes have a lot going for them and they’re big sellers at our headshop. But there are plenty of people who cannot abide anything but a bong to facilitate their cannabis experience. Here are some of the reasons why:

Those Hits, Those Lovely Hits

When it comes to the size of a hit you’ll get, a glass pipe can’t touch the volume a bong produces. And there’s no trying to squeeze that hit out through a tiny little hole either. The bong mouthpiece is wide and comfy.

With a bong, you’re much more likely to be able to appreciate the true taste of the product. Because most of the heat is removed by the water the taste is free to come to the fore, unblemished by the caustic heat of the hand pipe.

The Look and Feel

With all due respect to hand pipe artisans, many of whom are extremely talented, the best heady glass is in a league of its own. The top bongs are genuine works of sculptural art, and even if you never used them for weed they’d look perfectly appropriate displayed as artwork.

Why Would Someone Take a Pass on a Bong?

The most evocative bongs can easily run you a couple of thousand dollars or more. You really have to love your bongs to be willing to shell out that kind of cake. You can get a good bong for less than 100 bucks, but still, for many people, price is a deal-breaker.

You can take your glass pipe and slip it into your jacket pocket should you see The Man approaching. Try doing that with a bong. Also, some bongs are so large that trying to find a safe place to store them can be a challenge.

We hear this in the headshop all the time; people complaining that they bumped their expensive bong against a table or wall and it cracked or chipped. There are tough acrylic and silicone bongs out there, but they can’t compete with glass ones as far as beauty is concerned.

The bottom line is that only you can say what’s right for you. Hopefully though, this brief look at the pros and cons of glass pipes and bongs has left you better informed and in a better position to make the right choice when the time comes.