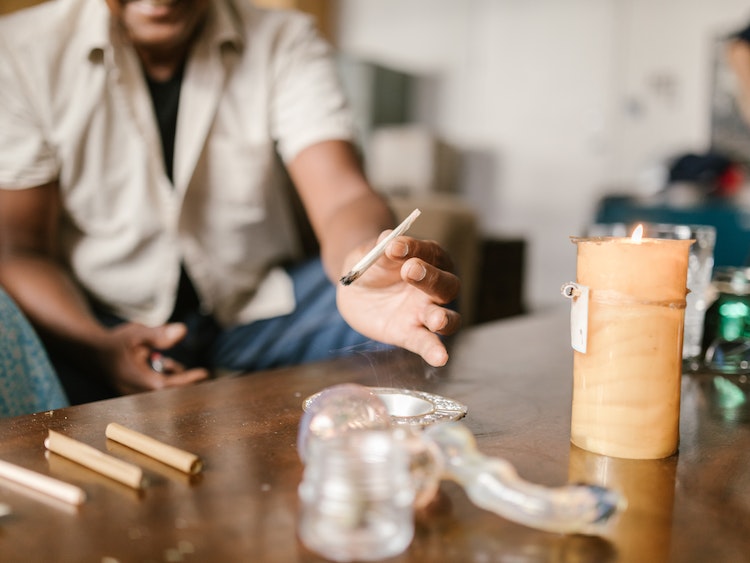 It would be great if there were a single definitive answer to this question, but anyone who has been smoking weed for a while knows that is not the case. You can buy cheap skunk weed from some guy off the street and get a mild 10-minute high accompanied by a headache and buyer’s remorse. Or, at the other end of the spectrum, you can lay out $400 for an ounce of local favorite Lucinda Williams at a licensed dispensary and bask in an hours-long buzz. In this post, the team at Colorado’s best online smoke shop tackle the age-old question: How long does a weed high last?

How Long Does A Weed High Last? It’s Complicated

One of the clearest indications that all people are not wired the same way is the variety of ways weed affects different people. Some people take 2 modest hits off a joint and are overwhelmed by crippling paranoia. Other folks can attach themselves to a bong all day smoking the same weed and experience little more than the giggles and a serious case of the munchies. It’s virtually impossible to predict what kind of reaction a person is going to have if they’ve never smoked weed before.

But why exactly is that? Well, as we mentioned everyone is wired slightly differently. But if you’re looking for a more scientifically rigorous answer we turn your attention to what is called the endocannabinoid system, or ECS for short. Everyone has an ECS. It’s a collection of neurological receptors, lipids and assorted enzymes that, to paraphrase the NIH, regulates central and peripheral mechanisms of food intake, lipid synthesis, and glucose metabolism in muscle cells.

But What Does That Have To Do With Getting You High?

We’re glad you asked. You see there is a compound in cannabis called “tetrahydrocannabinol.” Most people know it as “THC.” If you think the “cannabinol” in the name suggests there is some serious synergy going on between THC and the endocannabinoid system you may have a future as an online head shop owner because you’re right!

THC in fact, interacts with both CB1 and CB2 receptors in the ECS and by so doing produces a variety of effects ranging from the munchies to paranoia to, hopefully, a long satisfying buzz. THC also has the ability to reduce pain and other symptoms of illness, which is why doctors and researchers lobbied for decades in favor of medical marijuana.

The reason one person experiences A/B/C and another person smoking the same weed experiences X/Y/Z is because cannabinoid receptors often have genetic variations that alter the degree and way in which THC binds with those receptors. That is why Stoner A may have an intense experience as a result of smoking tiny amounts of herb, while Stoner B just giggles a bit and orders a pizza.

The Method of Consumption Is Also Important

Here at the 710 Pipes online smoke shop we’re curious types and spend lots of time researching this kind of stuff. The bottom line is that if you consume edibles made with cannabis products it can take anywhere from 30 minutes to 3 hours for the buzz to set in. Different methods of consumption will also have an impact on how long the buzz lasts with smoking producing a high that lasts anywhere from 20 minutes to a couple of hours. And edibles producing a slo-mo high that may linger most of the day.

How Much Weed Will You Need To Get High?

This is another question without a one-size-fits-all answer because there are a number of variables in play. Those include the strain of cannabis being smoked or otherwise consumed (reasonable estimates suggest there are nearly 700 strains of cannabis currently in circulation), the THC content of that cannabis, the ECS of the person partaking of the weed, the physical size of the person and more. Some of our online head shop customers don’t want to hear this but people who partake on a daily basis will build a tolerance for THC and require larger amounts to obtain a buzz.

As all of the above indicates… it depends. You may get very high and stay that way for a few hours, or you may experience a moderate buzz that lasts for most of the day, or you may only cop a mild buzz that dissipates in 30 minutes. It depends on whether you’re a novice or an experienced toker, how much you smoke, the makeup of your ECS, your physical size, whether you smoke or eat the weed in question and, crucially, the THC content of the weed. The only way to know for sure is to buy some decent weed then spark up your favorite pipe or bong and see for yourself.

What If I Get Too High?

Here at the 710 Pipes online head shop we often get asked how to deal with a nasty buzz. If you find yourself experiencing feelings of mental and emotional discomfort (paranoia, anxiety etc…) the first thing to do is to sit back and relax. It will pass. No one has ever died from a marijuana overdose. After taking a few deep breaths try taking a cold shower. You could also drink lots of water or try eating something. Keep in mind, though, that opinions vary widely about whether eating will kill a high, with some people swearing it does and others swearing it doesn’t.