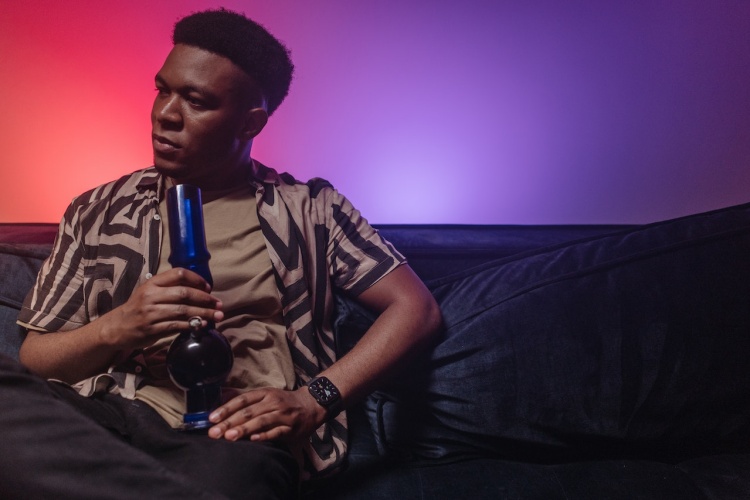 There’s nothing like a beautiful, well-made glass bong. The look, the feel, the monster hits. It’s enough to make you want to skip work and indulge yourself. But there’s an element to bong ownership that often goes unspoken, either because people are simply unaware of it, or because they believe its importance is overstated: cleanliness. Here at the 710 vape shop in Denver people often ask us if their bong needs to be cleaned. Our answer usually goes something like “Do you clean the plates you eat off of?”

Why Cleaning Your Glass is So Important

People who neglect to clean their glass are often under the mistaken impression that glass is somehow immune to attracting and hosting bacteria and so cleaning is just a kind of vanity project. Nothing could be further from the truth. Bacteria are stubborn little buggers and are able to thrive on a variety of surfaces including glass, stainless steel and even Teflon.

Cleaning your glass bong then is not just something that will keep it looking vape shop fresh, it will also prevent you and your friends from potentially inhaling bacteria that could wreak havoc on your respiratory system. But bacteria is not the only potential enemy lurking in that dirty glass bong. Not by a long shot. People who leave their glass to fester are often greeted by the unholy site of a greasy-looking film clinging to the inside and sometimes extending out onto the surface of the skanky water that’s been in there since the Carter administration.

Biofilm and Your Health

That slimy-looking film in the bong is not the saliva of a hundred friends and strangers that’s slowly oozed down from the mouthpiece. At least, that’s not all it is. It’s called biofilm and it’s typically composed of fungi – more commonly known as mold – that has taken up residence inside the bong where conditions are ideal for its growth. It loves warm, moist, safe places. And there’s nowhere warmer, moister and safer than the inside of a bong the owner refuses to clean.

Mold releases spores and the spores of some types of mold can cause a condition known as histoplasmosis, which is an infection that in some cases can be fatal. Now that’s not to say the mold in your bong is definitely the type that will cause histoplasmosis, but do you really want to take that chance? Even if you have a more mundane form of mold lurking in your glass it can still produce red, itchy eyes, runny nose, sneezing and skin rashes.

But Wait! It Gets Better!

Just when you think it can’t get any worse, you notice that there’s something growing at the bottom of the tank. You rub your eyes to see if you’re imagining things, but nope. There’s something there alright. Maybe it’s just dirt that’s settled to the bottom. So you shake things up and guess what? It stays right where it is.

That’s because it’s not dirt, it’s algae. And according to the National Institutes of Health inhaling tiny bits of algae or algae spores can cause nausea, vomiting, diarrhea, throat irritation, eye and skin irritation, allergies and respiratory problems. Maybe you thought you’ve been wheezing and sneezing lately because of dust in the air when actually it’s because you’re inhaling harmful microorganisms every time you spark up your glass. So what to do about it?

Recognizing the Signs Your Glass Needs a Cleaning

You should be cleaning your glass like every other day if you use it a lot, and you should be changing the water after every time you use it. But let’s say you’re not, for whatever reason. Here are some signs to look for that should raise red flags.

Oh, and by the way… if you think the dangers of a dirty bong are confined to the water tank, think again. That mouthpiece that you share with countless friends and strangers at parties is a cornucopia of potential health concerns including all of the previously mentioned problems along with bacteria from the mouths of others that can get in your mouth and rot your gums and teeth.

Look at it this way: would you tongue-kiss that funky-smelling stranger with the dirty hands who just took a hit off your bong? If the answer is “no” then you probably shouldn’t be taking hits from the same mouthpiece.

Get in Touch With Our Smoke Shop Team

If you want some more expert advice about maintaining your glass stop by the 710 Pipes vape shop. We’re easy to find in Denver and Northglenn by searching for “vape shop near me” or by just giving us a call at 303-365-0710 and asking for directions. We’re here seven days a week and offer the best line of custom bongs and vape devices you’ll find anywhere.